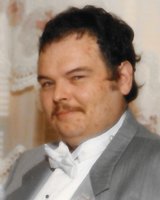 John D. Landis Of Colby, passed away unexpectedly in the early morning hours of Wednesday, October 7, 2020 at his home in Colby at the age of 67. At John’s request, no public services will be held. John was born on May 16, 1953 in Milwaukee, the son of Francis and Goldie (Krueger) Landis. He graduated from high school in Milwaukee and was self-employed as a subcontractor doing painting and drywalling. On August 31, 1985, he was united in marriage to Lorna J. Olver (Kaschinska). Sadly, Lorna passed away on May 30, 2020. He enjoyed many hobbies. John was a huge movie buff who could tell you all kinds of trivia on your favorite movies and tv shows. He also had a great love of astronomy and looking at the stars. He owned many telescopes and enjoyed many nights of looking into the universe. John loved to just relax and enjoy his retirement. John is lovingly survived by his mother, Goldie of Door County; his brother, Charles Landis of Milwaukee; his daughter, Amy (James) English of Abbotsford; his grandchildren, Christopher (Kira) English, Michael English and Eric English, all of Abbotsford and his great-grandchildren, Bentley “Bubba” and Grace. He is preceded in death by his wife, Lorna; his father, Francis and his brother, Richard. John’s arrangements are under the care of Life Tributes Funeral Home-Spencer. Please visit www.lifetributesfuneralhome.com to share thoughts and condolences.