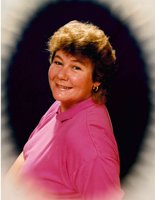 Age 72, of Auburndale, passed away on Tuesday, July 6, 2021, at House of the Dove in Marshfield under the care of Compassus Hospice.

To honor Judy’s wishes, no funeral services will be held.

Judy was born on May 5, 1949, in Medford; the daughter of Chester and Clare (Riehle) Pernsteiner. She grew up in Loyal and attended St. Anthony’s Catholic School and graduated from Loyal High School. She went on to obtain her associate degree from UW-Wood County; her bachelor’s degree from UW-Whitewater and her master’s degree from UW-Madison and was employed as a social worker at the Colonial Center Nursing Home in Colby. She resided in New York, California and Nevada before locating back to Wisconsin.

Judy had many hobbies including trying her luck at the casino and traveling. She also enjoyed going to family gatherings, singing and reading a good book.

In lieu of flowers, memorials are being accepted by the family for a charity to be determined.

Judy’s arrangements are under the care of Life Tributes Funeral Home-Spencer. Please visit www.lifetributesfuneralhome.com to share thoughts and condolences.