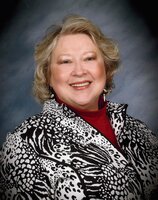 Mattie L. Helsten, age 76, of Colby formerly Spencer, passed away on Monday, September 19, 2022, at the Waterford of Colby under the care of ProMedica Hospice-Stevens Point.

A memorial service to celebrate Mattie’s Life will be held at 1:30 PM on Thursday, September 29, 2022 at Life Tributes Funeral Home in Spencer with Rev. Amy Heinz officiating. Family and friends are invited to gather at the funeral home on Thursday from 11:30 AM until time of service. Honorary pallbearers will be Michael and Matt Mitchell, Ryan and Nate Pierce, Billy Toney, Tim Carey, Stephen and James Wischer, Kenneth Pierce, Kyler Bainer, Lester Bainer, Michael Shane Bainer and Joe Bainer.

Mattie was born on June 20, 1946, in Jasper, Texas; the daughter of Joseph and Lois “Helen” (Ritter) Pierce. She graduated from West Sabine High School in Texas, Class of 1964. She also attended Mid-State Technical College in Marshfield, Wisc. She lived in Spencer since 1975. On February 14, 1976, she was united in marriage to Lloyd Helsten in Spencer. Her and Lloyd owned and operated a dairy farm outside of Spencer.

She was a member of the Homemaker’s Club and had the opportunity to teach children as a Sunday school teacher, a 4-H leader and a day care manager. She loved to spend time with friends and family bowling and meeting people bartending.

Mattie’s arrangements are under the care of Life Tributes Funeral Home-Spencer. To share a memory or offer a condolence, please visit www.lifetributesfuneralhome.com.