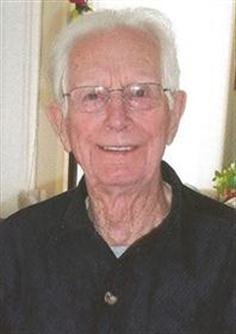 Obituary of Tilmer I. Jacobson

Tilmer I. “Tim” Jacobson, Age 93, of Colby, passed away on the early morning of Tuesday, March 13, 2012 in the emergency department at Ministry Saint Joseph’s Hospital in Marshfield. His memorial service will be at 11AM on Saturday, March 17, 2012 at Zion Lutheran Church in Colby. The Rev. Mark Neumann will preside. Committal services will be held privately at a later date. Tim’s family will receive relatives and friends on Saturday at the church in Colby from 9AM until time of services. Military rites will be conducted at the church following the services. Life Tributes Funeral Home and Cremation Service is assisting the family. Tilmer was born January 1, 1919 in Vernon County, Wisconsin, son of the late Thrond and Ingaborg (Groppe) Jacobson. He attended Lyster School in Vernon County. Later he enlisted in the United States Army and faithfully served his country until his honorable discharge. Tim returned home to work on the family farm. On May 5, 1950 he married the former Ruth Mageland in the Lutheran Church parsonage in Viroqua. Tilmer was employed as an artificial inseminator for many of the area dairy farms until his retirement in 1982. Hobbies included horseshoe pitching, bowling, dartball and telling jokes. He enjoyed playing cards and dancing with his loving wife, Ruth. His greatest joy was his family and his religion. Tim was a dedicated member of Zion Lutheran Church in Colby and was a former trustee for the church. He was a former board member of both the Colby Cemetery Association and Clark Co. Veterans Commission in Neillsville. Survivors include his dear wife Ruth of Colby, two daughters: Kathleen (Kurt) Schwoch of Dorchester; Julie (Terry) Griffin of Janesville; one honorary grandson: Espen Toennesen of Norway; one sister Myrtle Braaten of Viroqua and three sisters-in-law: Elaine Banta of Reedstown; Verna Jacobson of Viroqua and Lorraine Mageland of Viroqua. He is further survived by three loving companions, his granddogs: Frankie, Ava and Dash; his nieces and nephews and many other relatives and friends. In Lieu of flowers, memorials are being accepted in Tilmer’s name to Zion Lutheran Church, Pink Hearts of Wisconsin and Marshfield Research Foundation Heart Care. He will be greatly missed. Visit www.lifetributesfuneralhome.com to share your thoughts and condolences with the family.
To plant a tree in memory of Tilmer Jacobson, please visit Tribute Store
Plant a Tree
Print