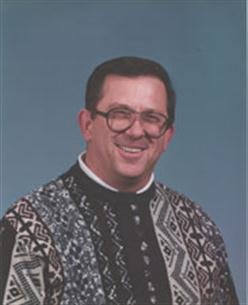 Michael David Graves, 67, of Marshfield, passed away in the early morning of Tuesday, November 29, 2011 at the House of The Dove in Marshfield. His memorial service will take place at 11:00AM on Saturday, December 3, 2011 at Zion United Methodist Church in Marshfield. Pastor Ruth Egerer will preside. Committal services will be held at West Spencer Cemetery in the town of Sherman in Clark County. Friends may call on Saturday at the church from 9:30AM until time of services. Michael was born on August 28, 1944 in Marshfield, son of the late Kenneth D. and Bernice (Soles) Graves. He was schooled at Spencer Elementary School and graduated from Spencer High School. After high school, he attended The Salvatorian Seminary in St. Nazianz, WI for two years then went on to earn his Bachelor’s Degree from St. Norbert’s College in De Pere, WI. Michael had been employed with the county social services department for over 20 years. He loved spending time with his siblings, nieces and nephews and his great nieces and nephews. Hobbies included watching football, participating in his men’s group, and was passionate about watching and “playing” the stock market. He was a former member of the Knights of Columbus Council 1799 of Marshfield and a current member of the Marshfield Masonic Lodge #224. He is survived by one brother: Frederic “Fritz” and Jane Graves of Ham Lake, MN; three sisters: Janet (Tom) Loughead of Two Rivers, WI; Suzanne Sautner of Spencer; Patricia (Kenneth) Graupner of Beaver Dam; one sister-in-law: Jean Graves of Spencer; 26 loving nieces and nephews and many loving great nieces and great nephews. Michael was further survived by his faithful companion and friend, his dog Dutchess. He was preceded in death by his parents, one brother: Spencer D. Graves; two nephews: Kenneth R. Loughead and Mitchell J. Graves and one brother-in-law: James J. Sautner. In lieu of flowers, memorials to the House of The Dove or Marshfield Clinic Medical Research are being accepted in Michael’s name. His family would to extend a special thank you to the physicians and caregivers of the Marshfield Clinic and House of The Dove for the dedication and care they gave to Michael.
To plant a tree in memory of Michael Graves, please visit Tribute Store
Plant a Tree
Print