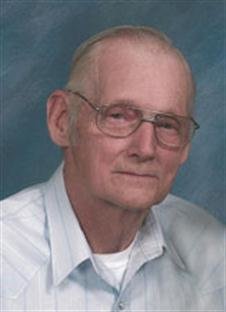 Henry F. "Hank" Dassow, Jr., age 80, of Medford, passed away in the afternoon on Monday, January 16, 2012 at his residence surrounded by his loving wife and family and under the care of Hope Hospice and Palliative Care, Inc. His funeral service will be at 11:00AM on Friday, January 20, 2012 at Trinity Lutheran Church Whittlesey. The Rev. Randal Jeppesen will preside. Burial will follow in the church cemetery. His visitation will be from 4PM to 8PM on Thursday, January 19, 2012 at Trinity Lutheran Church Whittlesey and again on Friday at the church from 10AM until time of service. Serving as Hank’s pallbearers will be Nathaniel Swenson, Don Behling, Mark Riechert, Ed Dohm, Mark Dassow and Jack Beck. Honorary pallbearers will be his granddaughters: Becca, Elizabeth, Jodi and Kristy. Hank was born February 9, 1931 in the town of Medford, son of the late Henry and Bertha (Barkow) Dassow, Sr. He attended both Frey and Whittlesey Country School. Early employment included working at Farmers Union Co-op in both Stetsonville and Medford, Foremost in Medford, later becoming a owner/operator of a logging company. On July 12, 1958 Hank married the former Janice Winkel at Zion Lutheran Church in Colby. He was a member of Trinity Lutheran Church and the National Rifle Association. His hobbies included gardening, especially his potatoes, ice fishing, watching deer in his backyard, listening to the good "old" country western music and watching Hee Haw on TV. Besides his love of the woods, Hank truly loved deer hunting. It didn’t matter whether it was bow season or gun season, he looked forward to going with his family and especially with his grandson, Nathaniel. Hank is survived by his loving wife, Janice of Medford, a daughter, Darla Dassow of Robbinsdale, MN; a son, Lorin (Bobbi) Dassow of Medford; five grandchildren: Nathaniel (Anne Hoang ) Swenson of Plymouth, MN; Rebecca (Chris Wilkins) Swenson of Minneapolis, MN; Elizabeth Swenson of Robbinsdale, MN; Jodi (Don) Behling of Medford; Kristy (Mark) Reichert of Prentice; three great grandchildren: Kiarah, Ashton and Chase; three brothers: Alvin (Mary Ann) Dassow, Harold (Mary Ann) Dassow, and Arnold Dassow, all of Medford; two sisters: Darlene Drager and Ardela (Hermie) Dohrwardt, both of Medford. Hank is further survived by a brother-in-law, Fred Gumz of Medford and a great friend, Ed Dohm of Merrill; many nieces and nephews, other relatives and friends. He was preceded in death by his parents; five brothers: Hilbert, Clarence, Ralph, Donald and Robert; one sister, Elaine and one brother-in-law, Richard Drager. Hank was further preceded in death by two special companions, his dogs: Baby Doll and Ebony.
To plant a tree in memory of Henry Dassow, please visit Tribute Store
Plant a Tree
Print