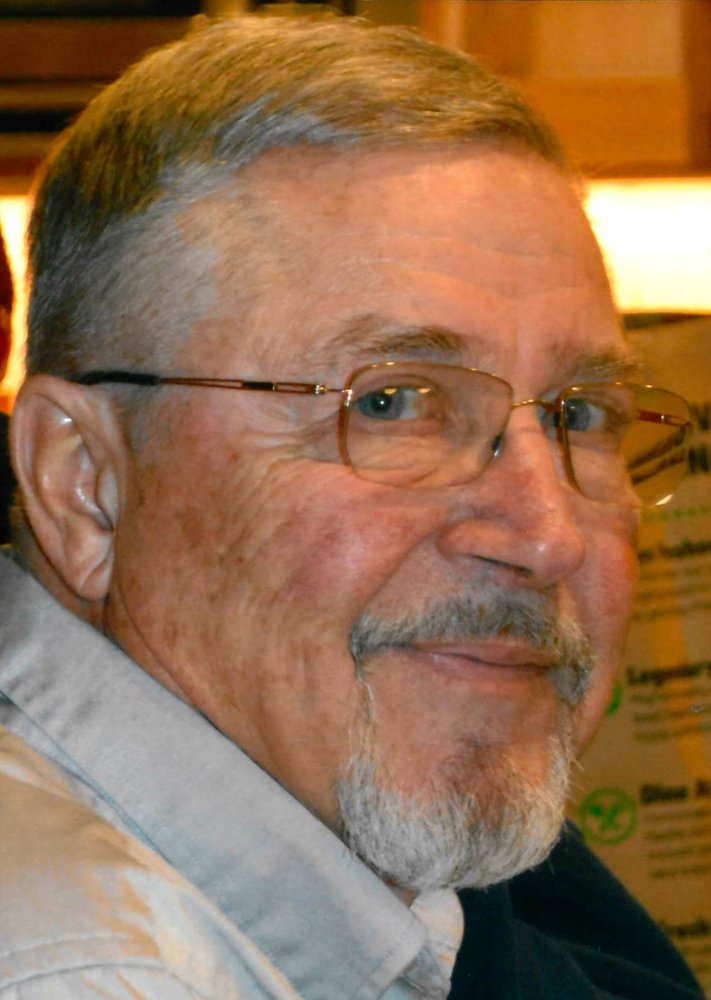 Age 76, of Marshfield, passed away on Sunday, April 7, 2019 at Marshfield Medical Center.

His family and friends are invited to a Celebration of Life for Jerry Nelles being held on Sunday, April 28, 2019 at the Eagle’s Club in Marshfield from 1 PM to 5 PM.  Full Navy Military Honors will be conducted at 5 PM.

Jerry was born January 26, 1943 in Marshfield, the son of Felix and Esther (Michels) Nelles. He attended Marshfield Elementary School and graduated from Marshfield Senior High. He was united in marriage to Mary Ann Weber on February 6, 1965 at Corpus Christi Parish in Bakerville.  To this union, three children were born. They later divorced. Years later, Jerry was united in marriage to Peggy Geldernick on October 9, 1998 in Marshfield. Jerry worked for Felker Brothers in Marshfield, for 32 years as a fabricator, production scheduler, and shop floor superior, before retiring from Marshfield Door Systems.  He continued to work after retirement, part time for Mid-State Truck Service.

His greatest joy in life was spending time with his family.

His hobbies included riding the open highway on his motorcycle, horseback riding, downhill skiing, sailing, traveling to and visiting  Montana and Wyoming, or you could find him tinkering in his workshop.

He is preceded in death by his parents, Felix and Esther; his brothers, Harold and Dwaine and his two canine companions: Sassy and Aki.

His family extends their heartfelt gratitude to the staff in the emergency department and  in the surgical ICU at Marshfield Medical Center and to the members of the Town of Lincoln EMS First Responders and Marshfield Ambulance Service for their assistance, care and support provided to Jerry and his family members.

In lieu of flowers, the family is accepting memorials in Jerry’s name to be given to a charity to be determined at a later date.

Jerry’s arrangements are under the care of Life Tributes Funeral Home-Spencer. Please visit www.lifetributesfuneralhome.com to share thoughts and condolences.

To send flowers to the family or plant a tree in memory of Jerry Nelles, please visit Tribute Store
Sunday
28
April

Share Your Memory of
Jerry
Upload Your Memory View All Memories
Be the first to upload a memory!
Share A Memory
Send Flowers