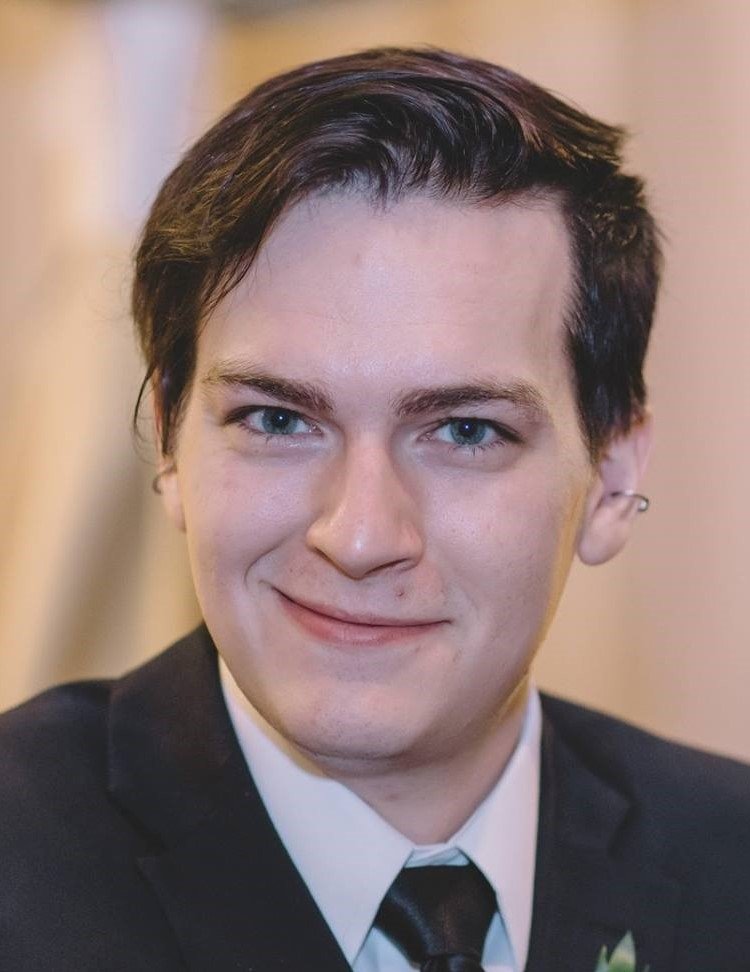 His funeral service will be held at 6PM on Wednesday, May 22, 2019 at Saint John's Lutheran Church (B3750 State Hwy 13) in Spencer with Pastor Rebekah Tarras officiating. Family and friends are invited to gather on Wednesday at the church in Spencer from 3PM until time of services. Private committal services will be held later. The honor of pallbearer belongs to: Josh Vanden Boogard, Kevin Aubery, Grady Parks, Zach Dieringer, Lucas Dieringer, Dan Dieringer and Dakota Murphy.

Dayton was born August 3, 1991 in Marshfield, the son of David and Janalee (Breheim) Murphy.  He was a graduate of Marshfield Senior High, later attending Herzing University in Madison where he attained his BA degree in graphic design. Dayton was employed at Broan NuTone Company located in Hartford.

His hobbies included hanging out with his friends playing some Dungeons and Dragons. His fellow D & D players often commented that Dayton was the BEST Dungeon Master bringing so much creativity and design to the game. Other hobbies included video gaming with his fellow gamers and playing cribbage with family every time he was home visiting.  Dayton also held a special love for all animals. His kindness and humility were so much a part of who Dayton was. He will be sadly missed.

Dayton was preceded in death by his paternal grandparents Donald and Carol Murphy, his maternal grandfather DuWayne Breheim, his uncle Robert Murphy and his beloved guinea pig “Pikachu”

If desired, the family is accepting memorials in Dayton’s name for a charity to be chosen later.

His arrangements are under the care of Life Tributes Funeral Home-Spencer.  Visit www.lifetributesfuneralhome.com to share thoughts and condolences.

To send flowers to the family or plant a tree in memory of Dayton Murphy, please visit Tribute Store
Wednesday
22
May

Honor of Pallbearer Belongs to:

Share Your Memory of
Dayton
Upload Your Memory View All Memories
Be the first to upload a memory!
Share A Memory
Send Flowers