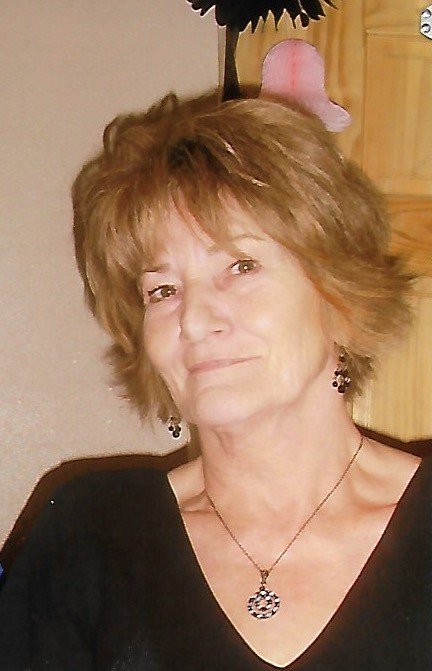 Sharon Kay Kilty Smart left this world on August 22, 2019. She was the middle daughter, with beautiful auburn hair and freckles, of the late Donald and Virginia (Fleischman) Kilty. Sharon was born at her grandparents’ home in Abbotsford on March 30,1943.  After attending Colby schools, in 1960, She married Richard Kops, and together they raised 7 children on their farm near Unity. They later divorced.

In 1997, Sharon married an old high school friend, Donald Smart. After 20 years together, he preceded her in death in 2018.

Many knew Sharon as a friendly woman, serving up a cup of hot coffee and a smile, creating many friendships over the years as the manager of the former Medo Farms Restaurant in Abbotsford. She was a lifelong resident of the Colby area until her health declined. She then moved to her daughter Darcy’s home near Marshfield. Where she spent the last several months relaxing in her favorite chair with coffee and her canine companion Sash at her side enjoying her grandchildren and great-grandchildren.

Sharon chose to donate her body to science research, in an effort to help those in the future.

A memorial service will be held in her honor from 4pm until 7pm at Life Tributes Funeral Home in Spencer on Tuesday, September 3, 2019.

Her arrangements are under the care of Life Tributes Funeral Home-Spencer. Please visit www.lifetributesfuneralhome.com to share thoughts and condolences.

Share Your Memory of
Sharon
Upload Your Memory View All Memories
Be the first to upload a memory!
Share A Memory
Plant a Tree