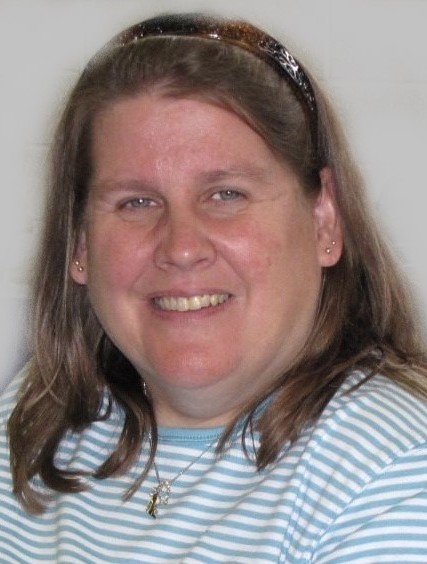 Tamara (Tammy) Stankowski, 58, of Edgar, WI passed this life and returned to her Lord on September 3, 2019.  Tammy was born to Leo and Norma Socha on March 10, 1961.  She married David Stankowski on April 8, 1989 in Wausau.  She attended Edgar Public grade school and graduated in 1979 from Edgar High School.  Following graduation, she worked at McDonalds, Northern Valley Workshop and Firehouse Ceramics.

Tammy had a love for animals, especially her dog Shadow.  She loved country music and attended several local concerts.  She loved any song by Shania Twain and Carrie Underwood.  Many of us were blessed with many bracelets that she made.  She was a kindhearted soul and a social butterfly that everyone in Edgar knew and loved.

A Mass of Christian Burial will be held at 11:30 AM on Friday, September 6, 2019 at St. John’s Catholic Church in Edgar. Mass will be co-celebrated by Father Thomas Huff and Father Robert Streveler. Visitation will be held on Thursday at the church from 4 PM to 7 PM and again on Friday at the church from 10 AM until time of services. Tammy will be laid to rest in the parish cemetery following the services. The honor of pallbearer belongs to Paul Dahlke, Craig Walters, Gary Miller, Donnie Miller, Kraig Kruzan and Jeff Walters.

The family would like to thank the many caring doctors, nurses and social worker and Palliative Care at Aspirus Hospital for their kindness during her many weeks of care.

If desired, the family is accepting memorials in Tammy’s name for a charity to be determined.

Tammy’s arrangements are under the care of Life Tributes Funeral Home-Spencer. Please visit www.lifetributesfuneralhome.com to share thoughts and condolences.

To send flowers to the family or plant a tree in memory of Tamara Stankowski, please visit Tribute Store
Thursday
5
September

Share Your Memory of
Tamara
Upload Your Memory View All Memories
Be the first to upload a memory!
Share A Memory
Send Flowers