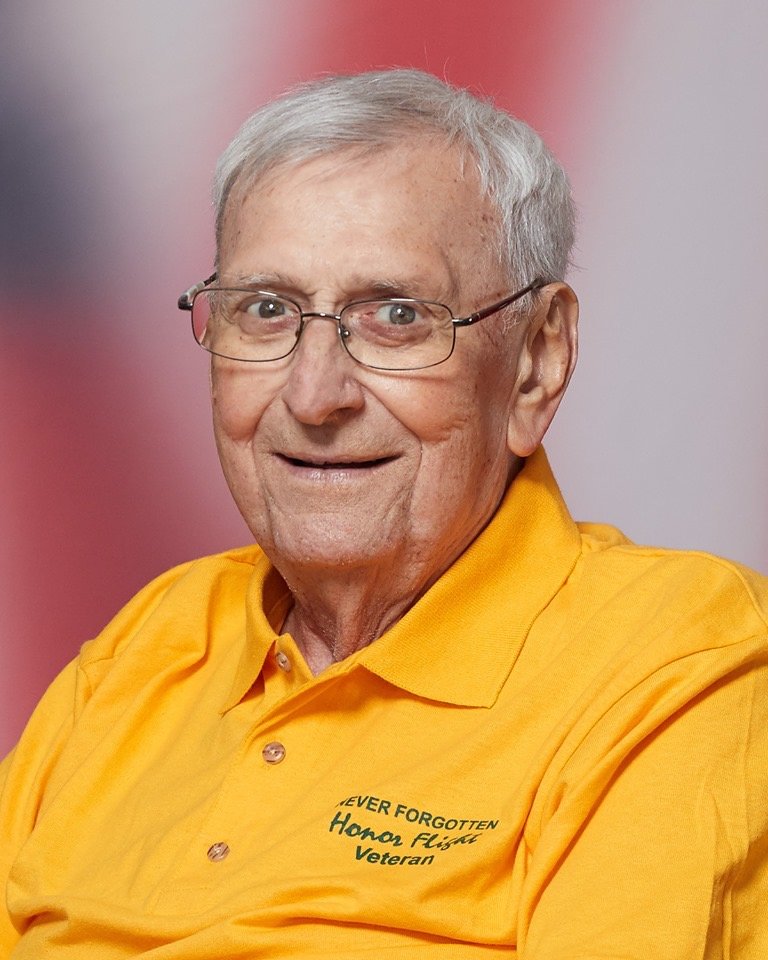 Age 79, of Edgar, passed away peacefully on Friday, September 20, 2019 at Mount View Care Center in Wausau with family gathered at his bedside.

A Mass of Christian Burial will be celebrated at 11:30AM on Thursday, September 26, 2019 at Saint John the Baptist Catholic Church in Edgar with Rev. Thomas Huff officiating. Burial will follow in the parish cemetery with full military rites conducted by Edgar VFW Post 10187 combined with Sawyer-Drum Post 393 American Legion of Edgar. Family and friends are invited to gather on Wednesday at the church in Edgar from 4PM until 8PM and on Thursday at the church from 10AM until time of services. The honor of pallbearer belongs to Joe’s nephews: Scott Dahlke, Steve Dahlke, Jeff Brodjeski, Brian Brodjeski, Garland Dahlke, Ed Krebsbach Jr., Chuck Krebsbach and Chris Dahlke.

Joseph was born May 1, 1940 at home in Edgar, the son of Bruno and Margaret (Sazama) Dahlke. He attended Saint John’s Parochial School and graduated from Edgar High School. Joe faithfully served his country stationed in Korea but during the Vietnam era in the U.S. Army 6th Missile Battalion. On March 20, 1971 Joe was united in marriage to Kathleen Socha at Saint John the Baptist Catholic Church in Edgar and to this union three children were born. They later divorced. Joe had owned and operated the Marshfield Auto Parts Store, Marshfield Auto Electric, until his retirement.

His memberships included Edgar VFW Post 10187, Edgar Lions Club, Edgar Fire Department and Saint John the Baptist Catholic Church. One of the most memorable events for Joe was his recent Never Forgotten Honor Flight to Washington, DC to commemorate his military service and share a special day with his comrades.

Joe’s greatest joys were spending time with his grandchildren and took pride in attending their sporting events. He also enjoyed coordinating his famous Milwaukee Brewer bus trips and tailgating and attending Green Bay Packers games. Joe also loved playing cards, going to Indy and Nascar races, attending military reunions across the nation and always giving back through community service. His family and friends lovingly gave Joe the nickname “Lucky” since the man was always a sure win when it came to raffles, banquets, or any prizewinning fundraiser. Joe would always win!

Joe was preceded in death by his parents, three brothers: Raymond. Robert and Clement and one sister Marie.

If desired, the family is accepting memorials in Joe’s name for either the Never Forgotten Honor Flight or for a future scholarship in his name at Edgar High School.

Joe’s family would like to send our heartfelt gratitude to the staff at Benedictine Manor, Lakeview Heights at NCHCC and Ascension Hospice for their superb care and support of our dad in his last year. We can never thank you enough.

Happy Days, Dad! We love you and miss you!

To send flowers to the family or plant a tree in memory of Joseph Dahlke, please visit Tribute Store
Wednesday
25
September

Share Your Memory of
Joseph
Upload Your Memory View All Memories
Be the first to upload a memory!
Share A Memory
Send Flowers