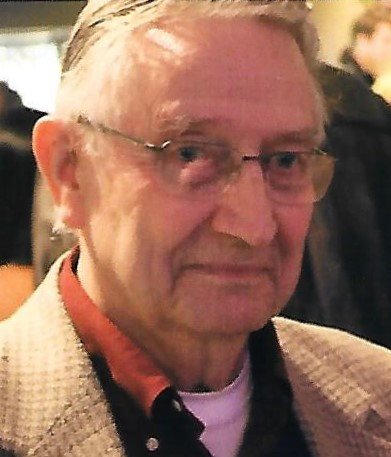 Age 84, of Marshfield passed away with his loving family by his side on Friday, November 22, 2019 at Marshfield Medical Center in Marshfield.

A Memorial Service will be held at 11 AM on Wednesday, November 27, 2019 at Christ Lutheran Church, N5743 Maple Street, Chili, WI 54420 with Rev. Dan Schoessow officiating. Friends and family are invited to gather on Wednesday at the church from 9:30 AM until time of services. Maynard will be laid to rest in West Spencer Cemetery in the Town of Sherman. The honor of pallbearer belongs to Craig Nelson, Chris Nelson, Aaron Nelson and Jesse Maki.

Maynard was born on November 23, 1934 in Garden Valley, Wisc., the son of Mahl and Clara (Fagernes) Nelson. He attended and graduated from Altoona High School. On December 10, 1955, he was united in marriage to Barbara Kuehni in Milwaukee. He worked as a farm hand in Waukesha. He then changed careers as a door to door milk sales and delivery man for Borden’s in Milwaukee for 18 years before relocating to Spencer where he owned and operated a dairy farm until 1991. He then took a job at Land O’ Lakes in Spencer until retirement in 1999.

He was a member of Christ Evangelical Lutheran Church in Chili. He enjoyed woodworking and could “fix anything that was ever broke.” He loved to go fishing, roller skating, ice skating and even polka dancing. He also enjoyed working on the farm and on the house.

Maynard will be greatly missed by his loving wife Barbara of Marshfield; his children Craig Nelson of Olympia Island, WA, Cynthia (William) Kieper of Madison, Chris Nelson of St. Cloud, MN, Carol (Jim) Maki of Curtiss and Chad (Erika) Nelson of Madison; his 13 grandchildren; his 6 great-grandchildren; and many other relatives and friends.

He is preceded in death by his parents Mahl and Clara; four daughters Lori, Anne, Diane, and Catherine; three grandchildren Robby, Ariel and Nicole; his brother Orlyn Nelson; his sister Vida Stillman and his brother-in-law Ralph Stillman.

Maynard’s arrangements are under the care of Life Tributes Funeral Home-Spencer. Please visit www.lifetributesfuneralhome.com to share thoughts and condolences.

To send flowers to the family or plant a tree in memory of Maynard Nelson, please visit Tribute Store
Wednesday
27
November

Share Your Memory of
Maynard
Upload Your Memory View All Memories
Be the first to upload a memory!
Share A Memory
Send Flowers