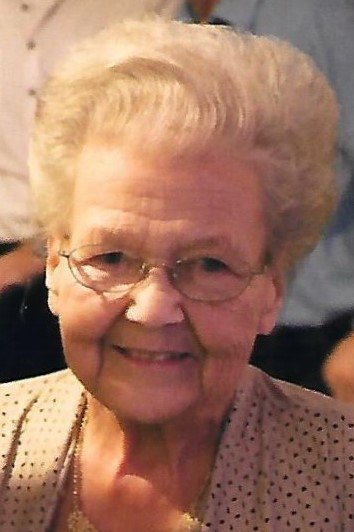 Barbara A. Nelson Age 83, of Marshfield, passed away peacefully on Friday, January 3, 2020 at Marshfield Medical Center. A Memorial Service will be held at 11 AM on Saturday, February 8, 2020 at Christ Lutheran Church, N5743 Maple Street, Chili, WI 54420 with Rev. Dan Schoessow officiating. Friends and family are invited to gather on Saturday at the church from 10 AM until time of services. Barbara was laid to rest in West Spencer Cemetery in the Town of Sherman. Barbara was born on June 4, 1936 in Milwaukee, the daughter of Otto and Frieda (Stahnke) Kuehni. She was united in marriage to Maynard Nelson on December 10, 1955 in Milwaukee. Sadly, Maynard passed away recently on November 22, 2019. She worked for Bell Telephone Company in Milwaukee for 4 years. Barbara had opened her heart into fostering infants until they were adopted out to a loving home. They relocated to the Spencer area and began operating their dairy farm. She then took a job decorating cakes at Websters bakery until working at St. Joseph’s Hospital in Marshfield as a School of Nursing house mother. Later she joined the Marshfield Clinic where she worked as an operator in the Telecommunications Department for more than twenty years retiring in 2007. She was a member of Christ Evangelical Lutheran Church in Chili. She enjoyed swimming, music, reading, baking, cooking and her flower gardens. Barbara will be greatly missed by her loving children, grandchildren, great-grandchildren, nephews, nieces and other relatives and friends. She is preceded in death by her parents; her husband Maynard; four daughters Lori, Anne, Diane and Catherine; three grandchildren Robby, Ariel and Nicole; her sister; two brothers-in-law and Aunts and Uncles. Barbara’s arrangements are under the care of Life Tributes Funeral Home-Spencer. Please visit www.lifetributesfuneralhome.com to share thoughts and condolences.
To send flowers to the family or plant a tree in memory of Barbara Nelson, please visit Tribute Store
Print
Saturday
8
February

Barbara was laid to rest in West Spencer Cemetery in the Town of Sherman.
Share A Memory
Send Flowers
Plant a Tree