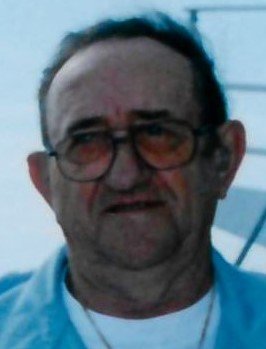 Frederick F. Smazal Age 88, of 209 Wilderness View Drive, Marshfield, WI 54449 died on the afternoon of Saturday, February 1, 2020 of natural causes. A Memorial Service will be held at 12Noon on Friday, February 7, 2020 at Life Tributes Funeral Home with Mrs. Kyra White officiating. Family and friends are invited to gather at the funeral home from 10 AM until time of services. The honor of pallbearer will belong to his grandsons. Frederick F. Smazal was born on January 5, 1932 in Marshfield, the son of Mr. Leo C. Smazal and Agnes Weinfurtner. He worked at Roddis Plywood Company, now known as Weyerhaeuser Company as well as St. Vincent de Paul for a number of years. He retired five years ago because of health issues. On May 14, 1982 he was united in marriage to Patricia Adamski in Marshfield. He was a member of St. John the Baptist Catholic Church in Marshfield. Fred enjoyed fishing, hunting, playing Bingo and eating at restaurants; his favorite restaurant was Culvers. Survivors include his wife Patricia of Marshfield; a son, Leroy (Mary) Smazal of Pittsville; daughters Susan (Randy Wilhelm) Knapp of Manitowoc and Tammy (Rick) White of Boyd; siblings Anette Thomsen of Florida, Bulinda (Leon) Smazal of Junction City, Loudean (Gregg) Mancl, Rick (Shirley) Smazal, Daryl (Marg) Smazal, Louis L. Weinfurtner all of Arpin and Chirrie Smazal of Marshfield. He is further survived by many grandchildren, great-grandchildren, nieces and nephews and great-nieces and nephews. Fred was preceded in death by his son Frederick, Jr. and his first wife Joanne M. Smazal. His arrangements are under the care of Life Tributes Funeral Home-Spencer. Please visit www.lifetributesfuneralhome.com to share thoughts and condolences.
To send flowers to the family or plant a tree in memory of Frederick Smazal, please visit Tribute Store
Friday
7
February

The honor of pallbearer will belong to his grandsons.

Share Your Memory of
Frederick
Upload Your Memory View All Memories
Be the first to upload a memory!
Share A Memory
Send Flowers
Plant a Tree