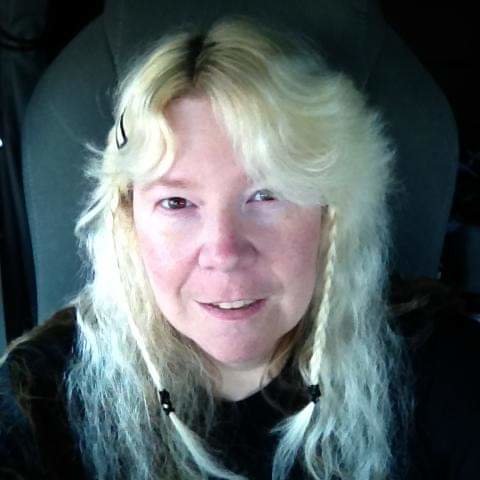 Teresa M. Griesbach Age 50, of Marshfield, passed away peacefully on Sunday, March 1, 2020 at her home under the care of Heartland Hospice. Teresa Marie (Glover) Griesbach was born on July 31, 1969 in Laconia, New Hampshire, the beloved daughter of Jeffrey Frank Glover, Sr. and Doris A. (Baker) Goodspeed. She grew up and graduated in Moultonboro, NH and later moved to Wisconsin where she lived until her passing. She fought an aggressive Colon Cancer that had spread to her liver and lungs for five years and was given just one year to live. She had a strong will to live, especially as she dealt with Breast Cancer at the same time. She was an inspiration to us all. Teresa was strong and never lost her sense of humor. She was very talented in the arts and crafts department. She crocheted many awesome doilies as well as bears, scarves and table runners. She would sell her crafts online and keep herself busy that way. Many of the family has her creations! Teresa leaves her parents Jeffrey F. Glover, Sr and Doris A. Goodspeed; her two brothers Kevin Joseph Glover and Jeffrey Frank Glover, Jr as well as her stepsister, Michelle Currier, who spent six days and nights being by Teresa’s side as she was nearing death; her boyfriend, Robert, who was with her 24/7 for over three weeks caring for her with the help of hospice care. Heartland Hospice took really good care of her and helped us, the family. She will be greatly missed. She was a kind considerate woman and was so giving. She would also defend the underdog and try to help others around her. She would always put on that smile so others would not feel bad when she was suffering from the Cancer. May you Rest in Peace Teresa!
To plant a beautiful memorial tree in memory of Teresa Griesbach, please visit our Tree Store

Share Your Memory of
Teresa
Upload Your Memory View All Memories
Be the first to upload a memory!
Share A Memory
Plant a Tree