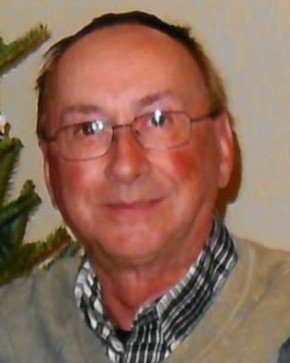 Age 71, of Marshfield, passed away unexpectedly at home on Thursday, March 12, 2020. A Memorial Service for Richard will be held PRIVATELY at Faith Lutheran Church in Marshfield with Rev. Gisele Berninghaus officiating. Committal services will be held privately at a later date. We are mindful of the on-going challenges coronavirus is presenting and encourage anyone planning on attending to consult the guidance from the Centers for Disease Control (CDC). Richard Duwayne Sternweis was born on June 1, 1948, the son of Thomas and Ruby (Nelson) Sternweis. He was born and raised in Marshfield and attended Columbus High School. He married Sandra Kay and they divorced. On June 11, 1976, Richard was united in marriage to Nancy K. Kraimer in Marshfield. He farmed his whole life from working on his parent’s farm to running his own. After selling his farm he worked for McMillan Farms and was in his glory smoking his engine as he drove all that big equipment. He so enjoyed Larry and all his co-workers. He loved spending time with his children and grandchildren. Always joking and teasing with a smile. He loved watching his westerns and Brewers and Packers and passed away peacefully in his recliner watching westerns. Richard is survived by his wife, Nancy; his children: Michael (Heidi) Deedon, David Deedon, Jonathon (Autumn) Deedon, Christopher (Joyce) Deedon, Jason (Rebecca) Sternweis, Erin Jane (Joshua) Labhart, Anne Marie (Todd) Gunderson and Jayme Lynn (Mathew) Sifler; his siblings: Diana (Michael) McMeekan, Gordon Sternweis, Paul (Bonnie) Sternweis, Sharon (Randy) Follen, Dennis Heckel and Karen (Rick) Rhodes. He is further survived by 18 grandchildren; 2 great-grandchildren and many nieces and nephews. He was preceded in death by his father, Thomas; his mother, Ruby; his stepfather, Alvin Heckel and his son, Richard, Jr. In lieu of flowers, memorials can be made in Richard’s name to MAPS (Marshfield Area Pet Shelter). Richard’s arrangements are under the care of Life Tributes Funeral Home-Spencer. Please visit www.lifetributesfuneralhome.com to share thoughts and condolences.
To plant a beautiful memorial tree in memory of Richard Sternweis, please visit our Tree Store

Share Your Memory of
Richard
Upload Your Memory View All Memories
Be the first to upload a memory!
Share A Memory
Plant a Tree