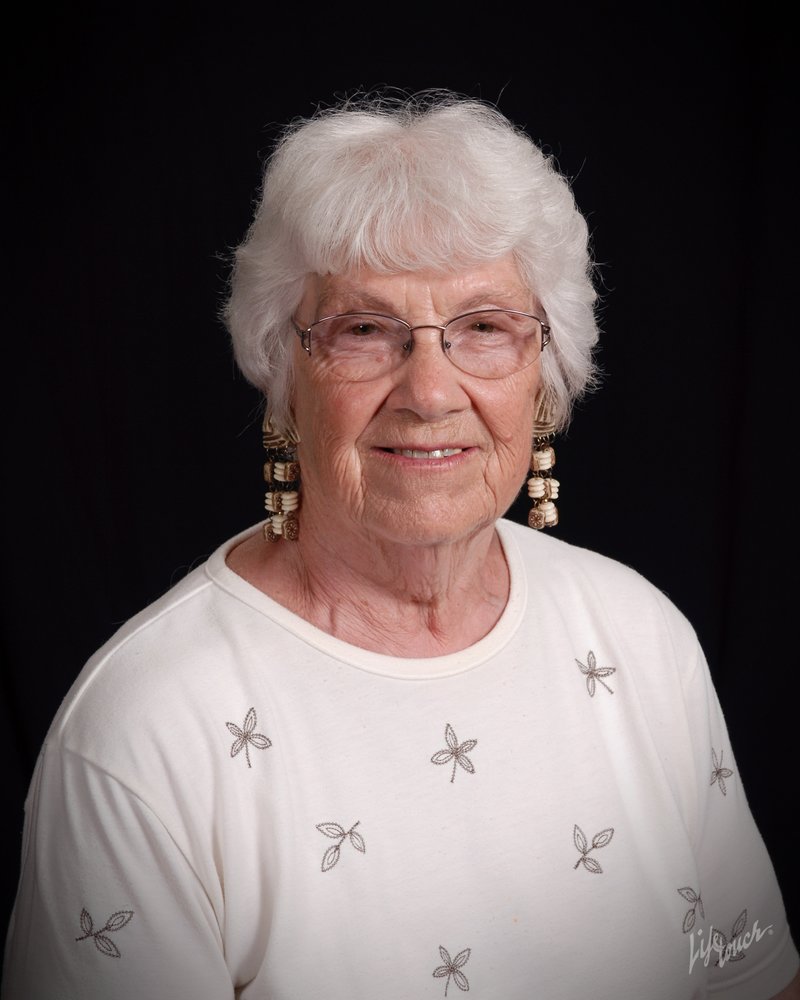 Please share a memory of Marliss to include in a keepsake book for family and friends.
View Tribute Book
Marliss J. Collinson Curtiss, WI, went to her eternal rest on Thursday, May 14, 2020 at the age of 85, under the care of Aspirus Hospice Care in the Clark County Rehabilitation & Living Center in Owen, WI. A Celebration of Life will be held at 11 AM on Saturday, July 11, 2020 at St. Paul’s Lutheran Church in Curtiss with Pastor Ken Schmidt officiating. Family and friends are invited to gather at the church on Saturday from 9:30 AM until time of services. Committal services will be held privately at a later date. The honor of pallbearer belongs to her children: Debra McNeely, Judy Hill, Keith Collinson, Karen Gallion, Mark Collinson and Janalee Graham. Marliss was born on February 5, 1935 in Calvary, Wisc., the daughter of Fred and Erma (Herdrich) Uhrig. The family later moved to Loyal, WI, where she attended Clark County Elementary School and graduated from Loyal High School. After her family was nearly grown, Marliss returned to school and earned her associate degree in Accounting from Northcentral Technical College. During the course of her career, she worked in various bookkeeper/accounting related positions at Berg Equipment, Marshfield, WI; Land O’Lake, Inc., Spencer, WI; Loyal Public School District, Loyal, WI; Graebel Van Lines, Wausau, WI, and Tombstone Pizza, Medford, WI. On July 12, 1955, Marliss was united in marriage to Harold Collinson at Loyal United Methodist Church in Loyal. Together they raised seven children. Marliss had many hobbies which included tending to her garden, sewing, reading, solving puzzles, playing cards, cooking and crafting. She also enjoyed playing the piano and organ, which she did for many years as the church organist. Marliss loved to travel and loved spending time with her family and friends. She is lovingly survived by her husband, Harold; their children: Debra (Dan) McNeely of Loyal, WI, Judy (Don) Hill of LaCrosse, WI, Keith (Marja) Collinson of Greenwood, WI, Karen (Dave) Gallion of Spencer, WI, Mark (Shawn) Collinson of Greenwood, WI and Janalee (Gerald) Graham of Owen, WI; daughter-in-law, Cheryl Collinson of Las Vegas, NV; 24 grandchildren and 7 great-grandchildren. She is also survived by two brothers, Arley Uhrig, Middleton, WI and Robert Uhrig, Black River Falls, WI and a sister, Emily Lindner, Edgar, WI, as well as many nieces and nephews. Marliss was preceded in death by her parents, Fred and Erma; her son, Tommy and a brother in infancy. In lieu of flowers, the family is accepting memorials in Marliss’ name to either The Highground Veterans Memorial Park and Museum, Neillsville, WI or St. Paul’s Lutheran Church, Curtiss, WI. Marliss’ arrangements are under the care of Life Tributes Funeral Home-Spencer. Please visit www.lifetributesfuneralhome.com to share thoughts and condolences.
To send flowers to the family or plant a tree in memory of Marliss Collinson, please visit Tribute Store
Saturday
11
July

Share Your Memory of
Marliss
Upload Your Memory View All Memories
Be the first to upload a memory!
Share A Memory
Send Flowers
Plant a Tree