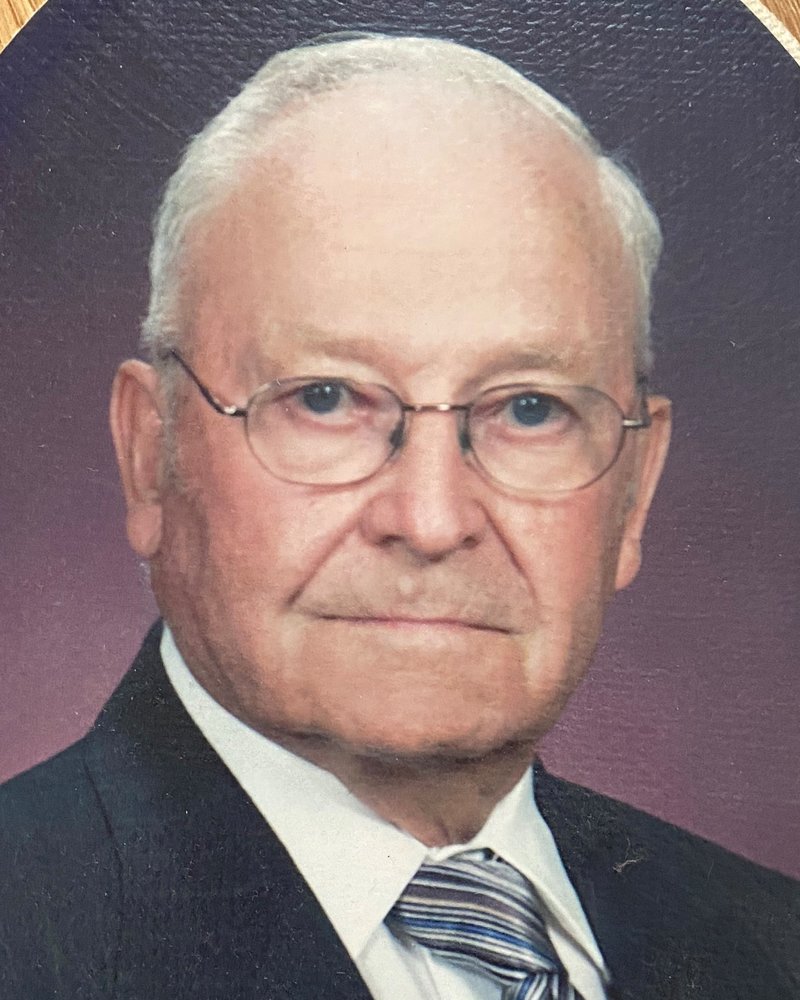 Mathew J. Pankratz Marshfield – passed away in the evening hours on Monday, June 15, 2020 at Marshfield Medical Center at the age of 93. A Mass of Christian Burial will be celebrated at 10:30AM on Tuesday, June 23, 2020 at St. John the Baptist Catholic Church in Marshfield with Rev. James Weighner officiating. Family and friends are invited to gather at the church on Tuesday from 9AM until time of services. He will be laid to rest in St. Michael Parish Cemetery in Hewitt where military honors will be conducted by his comrades from the American Legion Post 54 of Marshfield. The honor of pallbearer belongs to: David Swensen, Cheryl Swensen and Geoff Engel. Mathew was born on April 11, 1927 in Marshfield, the son of Andrew and Theresa (Weigel) Pankratz. He attended St. Joseph Parochial School in Hewitt and graduated from Marshfield Senior High School. He enlisted in the U.S. Army in February of 1951 until February of 1953 and fought in the Korean War. On May 25, 1955, he was united in marriage to Jean Kaiser at St. Joseph Catholic Church in Stratford. Together, they owned and operated a dairy farm in the Town of Marshfield. He was a member of St. John the Baptist Catholic Church in Marshfield and American Legion Post 54 in Marshfield. He enjoyed playing card games with friends and traveling with Jean all over the country proud to have stopped in almost every state, except Alaska. Mathew is lovingly survived by his son, Robert (Cynthia) Pankratz of Marshfield; his grandchildren: Lisa Pankratz of Marshfield, Michael (Sara) Pankratz of Marshfield and Daniel Pankratz of Milwaukee; his great-grandchildren: Kylee, Cole, Cash, Olivia and Brielle; his brother, Felix Pankratz of Wayland, MI and many other relatives and friends. He was preceded in death by his parents, Andrew and Theresa; his wife Jean, his daughter Linda, several siblings in infancy; his brothers, Ted (Nora), Herman (Gloria) and Lawrence (Olive); his sisters, Rosina (Wilmer) Straub and Sister Marie, a member of the Notre Dame School Sisters and his sister-in-law, Kay. If desired, the family is accepting memorials in Matt’s name for a charity to be determined. Mathew’s arrangements are under the care of Life Tributes Funeral Home-Spencer. Please visit www.lifetributesfuneralhome.com to share thoughts and condolences.
To send flowers to the family or plant a tree in memory of Mathew Pankratz, please visit Tribute Store
Tuesday
23
June

The honor of pallbearer belongs to: David Swensen, Cheryl Swensen and Geoff Engel.

Share Your Memory of
Mathew
Upload Your Memory View All Memories
Be the first to upload a memory!
Share A Memory
Send Flowers
Plant a Tree