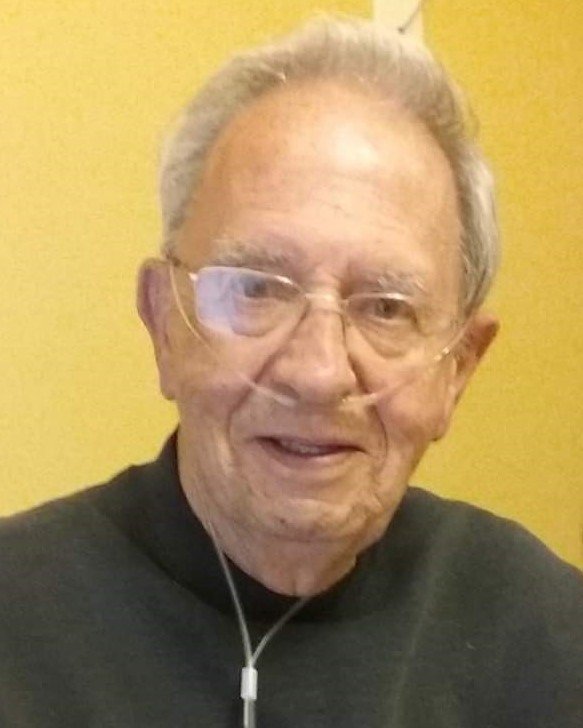 James L. O’Brien Resided in Marshfield – passed away on Wednesday, June 17, 2020 at Marshfield Medical Center at the age of 82. A Memorial Service to celebrate Jim’s life will be held at 7PM on Thursday, June 25, 2020 at Life Tributes Funeral Home in Spencer with Deacon Ray Draeger officiating. Family and friends are invited to gather at the funeral home on Thursday from 4PM until time of service. He will be laid to rest in Hillside Cemetery in Marshfield. The honor of pallbearer belongs to: Molly Orjuela (grand-daughter), Ian Kollmansberger (grand-son), Hattie Kollmansberger (grand-daughter), Samual Mark (grand-son) and Autumn O’Brien (grand-daughter). Honorary pallbearer is Kasey O’Brien (grand-son). James Leo was born on February 1, 1938 at home in Colby, the son of James and Lila (Boyer) O’Brien. He was a graduate of Loyal High School. On January 10, 1959, he was married to Patricia A. Cournoyer at St. John the Baptist Catholic Church in Marshfield. Sadly, she passed away on October 30, 2012. He was employed in various positions at Foremost Farms in Marshfield, which was formerly AMPI, Morning Glory Farms & Consolidated Badger until his retirement in 1998. For those who knew Jim, you knew of the sparkle in his eye, his sense of humor and wit and that little smirk in the corner of his mouth. These were all attributes of a truly gentle soul. He enjoyed his time fishing and cooking. He loved to travel especially out to Las Vegas in hopes that “Lady Luck” was smiling on him in a game of Keno or maybe at the slot machines. Jim enjoyed going out for coffee with his friends, at one of his favorite spots, the Daily Grind. He enjoyed playing cards and woodworking/crafts. In his later years Jim enjoyed sewing and quilting. You could always count on great conversation and good humor. He is lovingly survived by his daughters: Roxanne (Kathy Palmquist) O’Brien of Zimmerman, MN, Erin O’Brien of Boulder City, NV and Kelly (Bryan) Mark of Brooklyn Park, MN.; three grandsons; three granddaughters, six great grandchildren and devoted friend Deb (snookums) Steltenpohl. He is further survived by his brothers: Wayne (Nancy) of Marshfield and Ronald (Kay) of Marshfield and his sisters: Kathyln (Herbert) Rueth of Parma, ID, Patsy (William) Lindner of Greenwood and Rebecca O’Brien (Bruce Hoffmann) of Madison as well as many other relatives and friends. James was preceded in death by his parents, his wife, Patricia and sons Timothy and Shawn (Judy) O’Brien. If desired, the family is accepting memorials in Jim’s name for a charity to be determined. His arrangements are under the care of Life Tributes Funeral Home-Spencer. Please visit www.lifetributesfuneralhome.com to share thoughts and condolences.
To send flowers to the family or plant a tree in memory of James O'Brien, please visit Tribute Store
Thursday
25
June