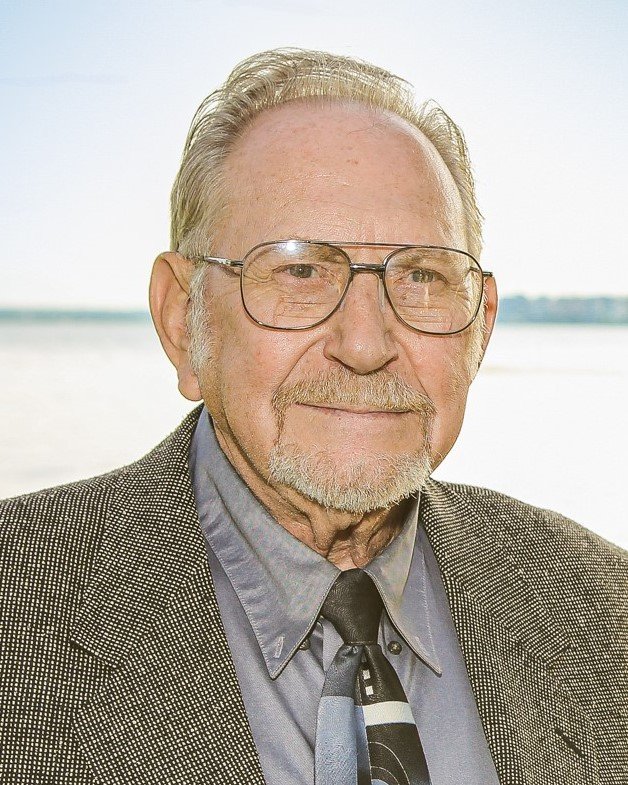 George C. Duerr, Sr Of Wisconsin Rapids, formerly Marshfield passed away in the evening hours of Wednesday, July 22, 2020 at Our House in Wisconsin Rapids at the age of 88. Funeral Services will be held at 11 AM on Wednesday, July 29, 2020, at Life Tributes Funeral Home in Spencer. Family and friends are invited to gather at the funeral home on Wednesday from 9 AM until time of service. He will be laid to rest in Brook Lawn Memorial Gardens Cemetery in the Town of Richfield with military rites conducted by the American Legion Post 54 of Marshfield. The honor of pallbearer belongs to Jeremy Duerr, Kyle Duerr, Richard Duerr, Elizabeth Duerr, Charles Duerr, Bobbi Duerr, Nichole Conrad and Sarah Hoemke. George was born on July 19, 1932 in Athens, the son of the late Charles and Irna (Strege) Duerr. He attended Athens Public School. In 1948, he was self-employed with Pulp Cutting and Trucking of Athens before working building maintenance at Norther Auto Supply in Marshfield and followed up with truck driving for Smith Cartage Company of Marshfield. George served in the National Guard of the United States until his honorable discharge December 6, 1951 and served in the United States Armed Forces until his honorable discharge February 28, 1955. On January 5, 1956, he was united in marriage to Edith “Deannie” Dennis in Baltimore, Maryland. After his marriage, he worked as a welder for Rollohome and left for greater opportunity with Praschak Machine Co. in 1956. In 1968, Praschak Machine Company was sold to Metalfab, Inc of Beaver Dam. Metalfab continued to operate the Praschak plant in Marshfield and he continued to serve in the position of Block Machine Department foreman and serviceman until further promotions. In May of 1984, Metalfab, Inc. sold the business to Mixer Systems, Inc. and operations were moved to Menomonee Falls. He stayed on with Mixer Systems, serving as plant supervisor in charge of work scheduling, manufacturing, assembly, and all machine shop operations. His role with Praschak and Mixer Systems allowed him to travel and work with people all over the world. Some of his favorite places were the Dominican Republic, Egypt and Saudi Arabia. From September 1984 until January 1985, he commuted from Marshfield to Mixer Systems in Menomonee Falls before he and his wife, Deannie, moved to Menomonee Falls. George retired from Mixer Systems in 1997 at which point he moved back to the Marshfield area. George was a proud member of American Legion Post 54 of Marshfield. His years of volunteer service with the Legion included posting flags on Memorial Day, retiring flags with the proper procedure, snow plowing, pouring cement, fixing and repairing cabins at Camp American Legion, and serving dinner for Legion events. If you look around Marshfield, you’ll see a lot of George’s contributions to the community. Located at the American Legion Post 54, there is an Army tank that George was very involved in helping prepare for and also in the pouring of its concrete pad. Another project is the helicopter located in the Marshfield Veterans Park. George and his brother, Ed, poured the cement pillar that the helicopter rests upon. He volunteered time to build exhibit props for the Marshfield Heritage Museum and helped pour the original concrete stand for the Christ statue at Praschak Wayside Park (something he was always very proud of). George was a man of honor and integrity. He was a humble servant to God, his family, his community, and his country. He enjoyed all types of hunting, especially deer, elk and bear, and looked forward to the preparation time. Gun building, gun cleaning and loading shells were an important part of his ritual. He didn’t believe in killing animals just for the sport of it. He always told his children, “if you are going to hunt, you use everything.” And he did. George liked being out in nature and walking in the woods. He enjoyed looking at the outdoor cameras to see what animals were roaming around. He also loved tinkering around in the garage, building or fixing something. He is lovingly survived by his children: George (Sue) Duerr of Pittsville, Richard (Jo Polzer) Duerr of Kellner and Tammy (Mike) Conrad of Monroe, LA; his grandchildren: Jeremy (Kristi) Duerr, Kyle (Holly) Duerr, Richard Duerr, Elizabeth Duerr, Daniel Duerr, Kimberly Negroni, Charles (Laura) Duerr, Bobbi (Matthew Spindler) Duerr, Nichole (Rufus Anderson) Conrad and Sarah (Bryan) Hoemke; his great-grandchildren: Jackson, Ryan, Natalie, Victoria, Isabella, Adalynn, Samuel, Jonathan, Katherine, Caroline, Aiden, Willa and Ani and his great-great-grandchild, William. He is further survived by his brother Ed Duerr of Marshfield along with many other relatives and friends. George was preceded in death by his wife, Edith; his son, David; his daughter, Sandy; his grandson, Eric; his parents, Charles and Irna and his brothers, Willard, Clarence, Roy and Marvin. In lieu of flowers, the family is accepting memorials in George’s name to be directed to The American Legion Post 54 in Marshfield. George’s arrangements are under the care of Life Tributes Funeral Home-Spencer. Please visit www.lifetributesfuneralhome.com to share thoughts and condolences.
To send flowers to the family or plant a tree in memory of George Duerr, Sr, please visit Tribute Store
Wednesday
29
July

Share Your Memory of
George
Upload Your Memory View All Memories
Be the first to upload a memory!
Share A Memory
Send Flowers
Plant a Tree