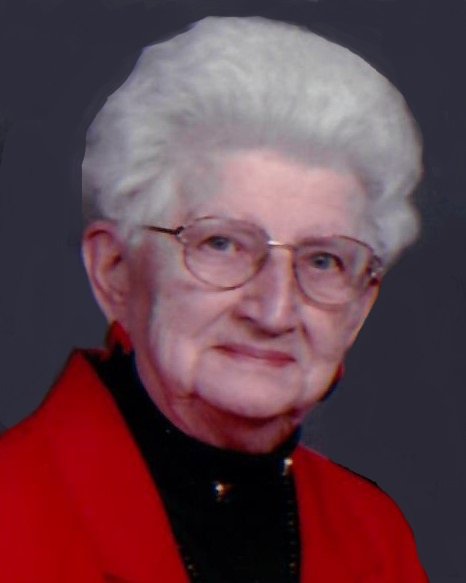 Please share a memory of Dorothy to include in a keepsake book for family and friends.
View Tribute Book
Dorothy L. Boss Passed away peacefully surrounded by her family at the age of 98 on Friday, August 14, 2020 at her residence in Colby under the care of St. Croix Hospice. A Funeral Service will be held at 2 PM on Thursday, August 20, 2020 at Christ Lutheran Church in Abbotsford with Rev. Donald Bruce officiating. She will be laid to rest in the Abbotsford Public Cemetery following the service. Family and friends are invited to gather for a visitation at the church on Thursday from 12noon until time of services. The honor of pallbearer belongs to Lori Frome, Paul Empey, Douglas Empey, Ryan Empey, Glen Koehler, Carrie Peterson and Coy Koehler. We are mindful of the on-going challenges coronavirus is presenting and are advising family and friends that FACE MASKS ARE STRONGLY RECOMMENDED for the visitation and funeral. Social distancing procedures will also be in place. We do not want to risk the health and safety of family and friends. If you are not feeling well, please stay home and get well. Dorothy was born May 3, 1922 in Pierce, Nebraska, the daughter of James and Irene (Mackmiller) Wragge and was baptized and confirmed at Christ Lutheran Church in Pierce, Nebraska. On November 19, 1939, she was united in marriage to Edgar Koehler of Pierce, Neb. They had three children, Garry, Diann and Rickey. She farmed her entire life and in November of 1956, they moved to Wisconsin and farmed until 1973. Sadly, Edgar died December 27, 1977 in Madison of cancer. She continued to live in the country until 1982 when she married Earl Boss on June 5, 1982 and moved to Colby. She was a member of Christ Lutheran Church in Abbotsford. Dorothy enjoyed making quilts and playing cards. She enjoyed her vacations with Jo and Tub in August of 1974 to Missouri, Tennessee, Kansas and southern states and in August of 1975 to Colorado. In August of 1974, she also hosted the Koehler reunion at the farm in which she had many great memories. Those who will cherish her memory include her children: Garry (Connie) Koehler of Marshfield, Diann (Larry) Empey of Colby and Rickey (Jan) Koehler of Abbotsford; her seven grandchildren; 11 great-grandchildren and eight great-great-grandchildren. She is further survived by her step-children: Jack (Cheri) Boss of Maple City, MI, Ron (Olga) Boss or Salt Lake City, UT and Randall (Joyce) Boss of Chesterfield, VA and three step-grandchildren; her sister, Joanne Hanson of Pierce, NE and her brother, Don (Marlene) Wragge of Pierce, NE as well as many other family and friends. Dorothy was preceded in death by her parents, both her husband’s Edgar Koehler and Earl Boss; three brothers; one sister and brother-in-law, Tub Hanson. In lieu of flowers, the family is accepting memorials in Dorothy’s name for a charity to be determined. The arrangements for Mrs. Boss are under the care of Life Tributes Funeral Home-Spencer. Please visit www.lifetributesfuneralhome.com to share thoughts and condolences.
To send flowers to the family or plant a tree in memory of Dorothy Boss, please visit Tribute Store
Thursday
20
August

Share Your Memory of
Dorothy
Upload Your Memory View All Memories
Be the first to upload a memory!
Share A Memory
Send Flowers
Plant a Tree