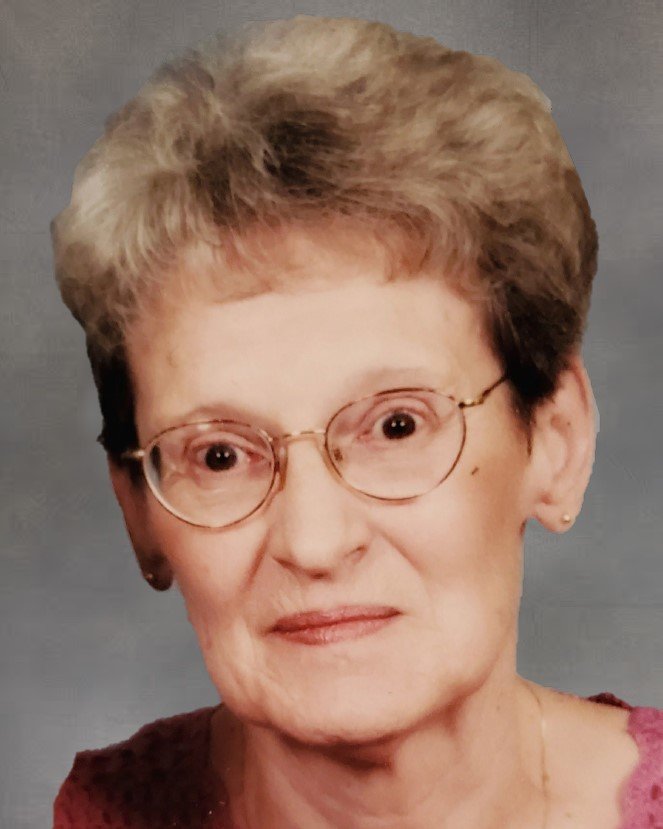 Shirley J. Hebert A resident of Spencer, passed away peacefully at the age of 90 on Wednesday, October 7, 2020 at Country Terrace in Abbotsford. Her family has requested private services for Shirley. Shirley was born on November 29, 1929 in Stanley, the daughter of John and Rosa (Karlen) Wry. She graduated from Spencer High School. On May 15, 1948, she was united in marriage to Virgil Hebert at St. Matthew’s Lutheran Church in Marshfield. Shirley was a longtime secretary for Attorney John Day and his law firm located in Spencer. Shirley was a member of Trinity Lutheran Church in Spencer. Her hobbies included curling up with a good fiction novel, patiently putting together puzzles, playing cards such as Sheepshead and Solitaire or camping with dear friends at Mead Lake. Those who will cherish her memory include her son, Dennis (Elaine) Hebert of Spencer; her son-in-law, John Yonker and her grandchildren, Lucas (Melissa) Hebert of Marshfield, Rebecca (Joel) Kahl of Mount Horeb, Josh (Lori) Hebert of Marshfield, Kelly (Terry) Taylor of Stratford, Sam Yonker of Marshfield and Messeana Jorgensen of Wayzata, MN. She is further survived by her nine great-grandchildren, one great-great grandchild with another on the way, as well as many other relatives and friends. Shirley was preceded in death by her parents; her husband, Virgil; her daughter, Karen Yonker; her brother, Lloyd Wry and her sister-in-law, Gladys Wry. If desired, the family is accepting memorials in Shirley’s name for a charity to be determined. Her arrangements are under the care of Life Tributes Funeral Home-Spencer. Please visit www.lifetributesfuneralhome.com to share thoughts and condolences.
To plant a beautiful memorial tree in memory of Shirley Hebert, please visit our Tree Store

Share Your Memory of
Shirley
Upload Your Memory View All Memories
Be the first to upload a memory!
Share A Memory
Plant a Tree