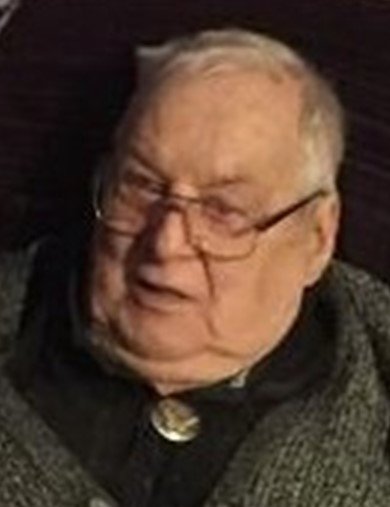 Please share a memory of Walter to include in a keepsake book for family and friends.
View Tribute Book
Our father, Walter R. Heldt, age 93, of Marathon, Wisc., formerly of Athens, Wisc. passed away on November 13, 2020, a few weeks shy of his 94th birthday, at Aspirus Hospital. He was living at Copperleaf Assisted Living in Marathon, Wisc. for the last three years. A gathering for family and friends will be held at Life Tributes Funeral Home in Spencer on Thursday, November 19, 2020 at 10:30 AM with a prayer service and eulogy to follow at 11:30 AM. Walter will be buried in the Athens Cemetery next to his wife, Gertrude, privately at a later date. We ask that you do not send flowers or money, but instead please give to your favorite charity in Walter’s name. Walter was born December 10, 1926 in a house near the creek in Athens, son of the late Edward and Emelia (Guenther) Heldt. As a young person, he loved to sled, ski, and skate on the creek and go for drives with his brothers. On May 25, 1948, he was united in marriage to Gertrude Caroline Frieda Remus. They farmed in Athens. Besides farming, he hauled milk and pulp, and worked at Weyerhaeuser where he was hurt in an industrial accident in 1969. He recovered and continued to farm. His wife, Gertrude, passed away in 1979. In 1987, Walter married Lucelia Oelke, residing in Marathon, Wisc. Lucelia also preceded in death in 2018. Survivors include two sons, Elroy and Brian, living in Athens, Wisc. and one daughter, Bonnie Feagan, living in Utah. He has seven grandchildren and seven great-grandchildren. He was also preceded in death by a daughter-in-law, Lisa Heldt and a grandson, Elroy, Jr. Heldt. Walter’s arrangements are under the care of Life Tributes Funeral Home-Spencer. Please visit www.lifetributesfuneralhome.com to share thoughts and condolences.
To send flowers to the family or plant a tree in memory of Walter Heldt, please visit Tribute Store
Thursday
19
November

Share Your Memory of
Walter
Upload Your Memory View All Memories
Be the first to upload a memory!
Share A Memory
Send Flowers
Plant a Tree