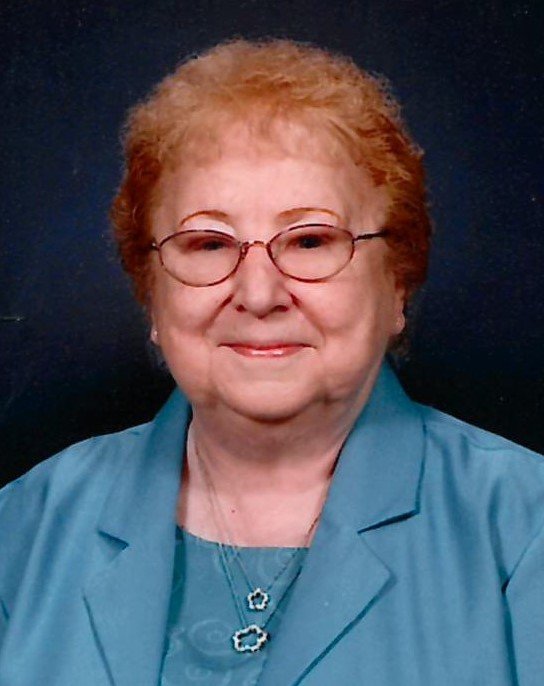 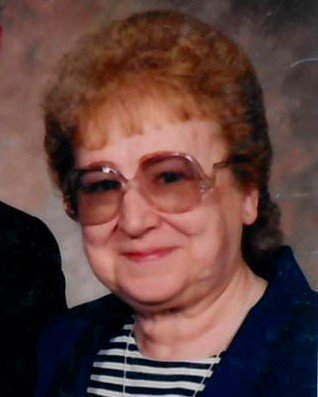 Please share a memory of Elaine to include in a keepsake book for family and friends.
View Tribute Book
Elaine D. Rueden Age 90, of Colby, formerly a resident of Spencer, passed away on Monday, November 23, 2020 in the Emergency Department at Marshfield Medical Center. A Mass of Christian Burial will be celebrated at 11 AM on Wednesday, December 2, 2020 at Christ the King Catholic Church in Spencer with Rev. Barry Saylor officiating. She will be laid to rest in Abbotsford Public Cemetery following the service. Family and friends are invited to gather at the church on Wednesday from 10 AM until time of service. The honor of pallbearer belongs to Ethan Hoff, Bethany Gosar, Anna Balderas-Rueden, Phillip Humphrey, Nicole Hoff and Nicholas Rueden. Elaine was born on February 18, 1930 in the Town of Holton, the daughter of Reinhold and Elizabeth Schaefer. She attended Wright Public School and Abbotsford High School. She worked for Laabs Cheese Company, Schilling Cheese and Medo Farms before owning and operating Coast to Coast Store in Abbotsford for 26 years. On August 23, 1950, she was united in marriage to George R. Rueden at St. John’s Catholic Church in Wurtzburg. They were married for 67 years before George passed away on August 6, 2018. She was a member of St. Bernard’s Catholic Church in Abbotsford as well as Christ the King Catholic Church in Spencer. She was a eucharistic minister at Christ the King; a member of the Catholic Society of Forresters for 55 years and Treasurer of the PCCW at both St. Bernard’s and Christ the King Catholic Churches. Elaine enjoyed working in her garden; sewing beautiful pieces and trying her luck at the casino. Those who lovingly cherish her memory are her children: Cindy (Tony) Gosar of Greenwood, Cheryl Rueden Judnic of Holmen, Mark (Ann) Rueden of Chippewa Falls and Pamela Hoff (Weinfurtner) of Abbotsford; her grandchildren: Lisa (Jeremy) Johnson of Omaha, NE, Joshua (Carly) Gosar of Duluth, MN, Lori (Phil) Humphrey of Holmen, Bethany (Kevin Beisner) Gosar of Spencer, Anna (Max) Balderas-Rueden who is currently serving in the United States Navy, Nicholas Rueden of Chippewa Falls, Nicole Hoff of Spencer, Ethan Hoff of Spencer and two step-granddaughters, Amanda and Chelsea; her great-grandchildren: Nevaeh, McKail, Nadierah, McKellan, Namarah, Nadianah and Namylah Johnson of Omaha, NE, Landon and Myles Humphrey of Holmen, Donavin, Caiden, Braelynn and Ainsley Gosar of Duluth, MN and her sisters, Sharon (John) Pupp of Abbotsford and Adelle Stettler of Colby along with many other relatives and friends. Elaine was preceded in death by her husband, George; her parents, Reinhold and Elizabeth; her brother, Kenneth (Bette) Schaefer and her brother-in-law, Lawrence Stettler. Her arrangements are under the care of Life Tributes Funeral Home-Spencer. Please visit www.lifetributesfuneralhome.com to share thoughts and condolences.
To send flowers to the family or plant a tree in memory of Elaine Rueden, please visit Tribute Store
Wednesday
2
December

Share Your Memory of
Elaine
Upload Your Memory View All Memories
Be the first to upload a memory!
Share A Memory
Send Flowers
Plant a Tree