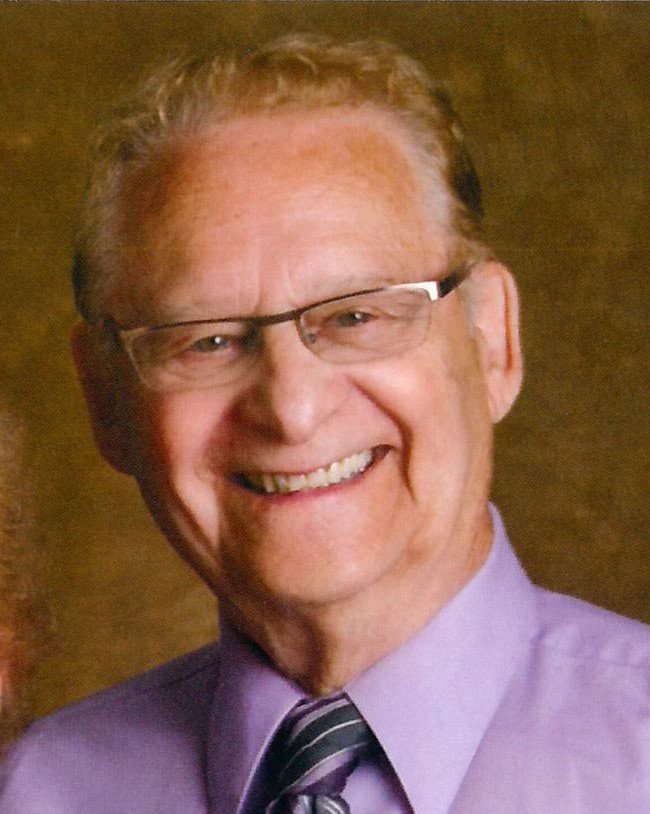 Please share a memory of Robert to include in a keepsake book for family and friends.
View Tribute Book
Robert J “Bob” Endreas at the age of 94 of Spencer, joined our heavenly father on Sunday, December 20, 2020, surrounded by his loving family. A Mass of Christian Burial will be held on January 5th with Father Barry Saylor officiating. This will be a private service with his grandsons serving as pallbearers. He will be laid to rest in West Spencer Cemetery in the Town of Sherman. Bob will receive full military honors conducted by American Legion Post 175 of Loyal. Live Streaming services will be offered. Robert was born April 23, 1926 in Marshfield, the son of Joseph and Emma (Hasselberger) Endreas. He graduated from Spencer High School. He proudly served in the Army during the Korean War. On September 6, 1954, he was united in marriage to Mary Ann Messer at Christ the King Catholic Church in Spencer. They celebrated their 50th and 60th wedding anniversaries with family and friends. He worked for modular home building companies in the area later retiring as a foreman-inspector for Wick Building Systems and had many part time jobs including being a custodian at Spencer State Bank for a number of years. He was a member of Christ the King Catholic Church in Spencer serving as a Eucharist Minister, served for funerals, took communion to the shut ins, sang in the church choir, was on the Parish Council and the Cemetery Board, and a member of the Holy Name Society. Bob was also a member of the former Spencer VFW Post, and a 4th Degree member of the John Eisen Council, named Knight of the Year in 1994, member of the Knights of Columbus in Marshfield, Assistant Scout Master, a former Village of Spencer board member, former member of the Spencer Volunteer Fire Department, and was in the Lion's Club. He was named Spencer's Citizen of the Year in 1996. Bob enjoyed music and dancing, playing sheepshead with family and friends, and taking his grandchildren on their annual camping trip to Jellystone Campground. He spent countless hours attending sporting events and concerts at Spencer Schools watching his children and grandchildren. Bob was one of the founding members of the King’s Food Pantry in Spencer providing food to countless individuals and families in need for many years. He also helped with the Holy Name Society pancake supper and was proud of the long lines of people waiting for his potato pancakes. Bob was a well-liked, kind and a generous person who knew a lot of people. If you knew Bob, you would know he was happy to see the people he knew and enjoyed their conversations. He was a perfectionist in everything he did, from keeping things neat and orderly, dressing up, his flower beds to working on art projects. He was proud in helping Ed & Mary Anne Arendt in creating the stained-glass Angels hanging in the church today. Those that will cherish his memory are his loving wife, Mary Ann of Spencer and his children, Nancy (Bill) Kautza, their children Adam (Jody) Kautza, and Ben (Jenna) Kautza; Steven Endreas, his children Chris (Kelly) Endreas, Corey Endreas, and Curt Endreas; Sue (Randy) Cournoyer, their children Ryan (Amy) Cournoyer and Sarah (Kip) Lang; Cheryl (Phil) White, their children Nick (Laurel) White and Stephanie (Korey) Rottscheit; Julie (Ted) Steines, their children Emma Steines and Cody Steines; and Mike (Bev) Endreas, their children Alicia (Kaleb) Herman, Liz (Wyatt) Bauer and Zachary Endreas; and his 14 great grandchildren; Haley, Ayden, Carson, Marisa, Camden, Ava, Trenton, Colin, Lily, Jazlyn, Addilyn, Easton, Karley and Olivia. He is further survived by sister-in-law’s Audrey Meyer and Donna Messer. Robert was preceded in death by his parents, in-laws AE (Brownie) and Agnes Messer, a son, Phillip; his brother, Clarence, his sisters Christina (Frank) Moslavac and Monica (Mark) Gennett; brother-in-law’s Herbert Meyer and Ernie Messer. A heartfelt thank you goes out to Three Oaks Nursing facility and for the assistance of Heartland Hospice Services for all of his care. If desired, memorial’s in Robert’s name are being accepted to either The King’s Food Pantry or Christ the King Catholic Church both located in Spencer. Robert’s arrangements are under the care of Life Tributes Funeral Home-Spencer. Please visit www.lifetributesfuneralhome.com to share thoughts and condolences.
To plant a beautiful memorial tree in memory of Robert Endreas, please visit our Tree Store

Look inside to read what others have shared
Family and friends are coming together online to create a special keepsake. Every memory left on the online obituary will be automatically included in this book.
View Tribute Book
Services for Robert Endreas
There are no events scheduled. You can still show your support by planting a tree in memory of Robert Endreas.
Plant a tree in memory of Robert

Share Your Memory of
Robert
Upload Your Memory View All Memories
Be the first to upload a memory!
Share A Memory
Plant a Tree