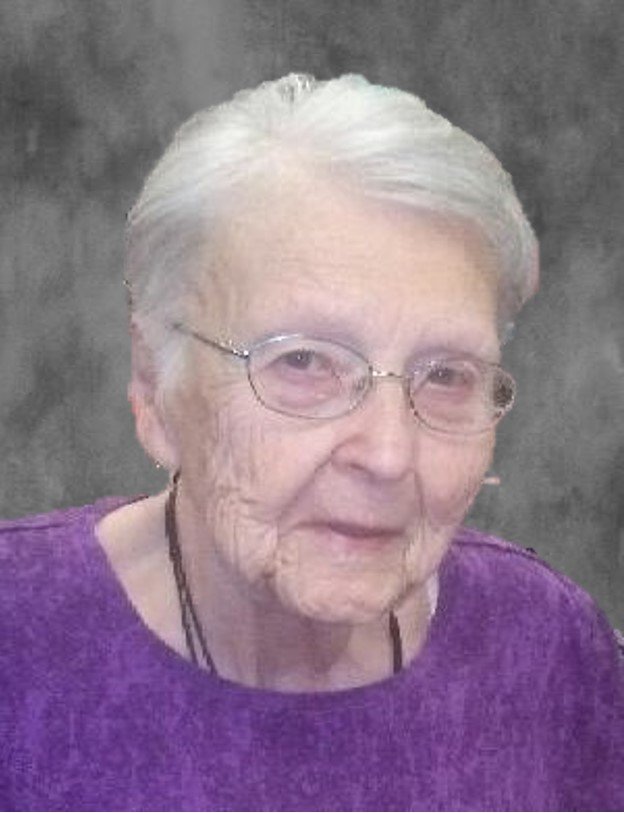 Darlene B. Dommer Of Oshkosh, formerly Marshfield, passed away on Saturday, February 6, 2021 at Parkview Health Center in Oshkosh at the age of 90 with her loving family by her side. A Memorial Service to celebrate Darlene’s life will be held in April of 2021 at St. John’s Lutheran Church in Spencer. The honor of pallbearer belongs to: Tom Lett, Chris Walbrun, Josh Griepentrog and Aidan Griepentrog. Darlene was born on July 8, 1930 in Spencer, the daughter of the late Alfred and Frieda (Molle) Hendrickson. She graduated from Spencer High School. On November 27, 1948, she was united in marriage to Milton Dommer at St. John’s Lutheran Church in Spencer. Sadly, Milton passed away on December 28, 2013. She worked at Gertie’s Restaurant in Spencer and at Figi’s for the holidays. From 1961-1974, she ran a day care center in Stevens Point. Later, she resided in Oshkosh where she worked at Oshkosh Care Center for several years training many of the CNAs who ended up taking care of her at Parkview Health Center, and from 1986-2001, her and Milton co-owned Awards by G&D with their daughter, Gayle. She also lovingly cared for her grandchildren, great-grandchildren, nieces and nephews. Darlene was a member of St. John’s Lutheran Church in Spencer; St. Paul’s Lutheran Church in Stevens Point and Peace Lutheran Church in Oshkosh. She was a loving mother and grandmother. Her hobbies included painting ceramics, crocheting, knitting and needlecraft. She loved listening to country music and polkas and enjoyed playing cards and dice with her family and friends, especially her grandchildren and great-grandchildren. Those that will cherish her memory are her children: Gayle Dommer of Spencer, Douglas Dommer of Wild Rose and Dawn (Tom) Lett of Oshkosh; her grandchildren: Tanya (Josh) Griepentrog of Spencer, Erin (Chris) Walbrun of Wautoma, Michelle Hoffman (Scott Theisen) of Wautoma and Ashley Schalow (Mike Pyburn) of Port Edwards and her great-grandchildren: Aidan, Carter and Bryce Griepentrog, Harley and Hunter Hoffman and Addison Walbrun. She is further survived by her sister, Karen (Ronald) Seefeldt of Oconto Falls and her brother-in-law, Wilbur Buse of Spencer along with many other relatives and friends. She was preceded in death by her husband, Milton of 65 years; her parents, Alfred and Frieda; her sisters, Delores Buse and Ardith “Ardy” Hendrickson and her great step-granddaughter, Emily Walbrun. The family expresses their heartfelt gratitude to all of the staff of Parkview Health Center, Prairieside 2. Darlene’s arrangements are under the care of Life Tributes Funeral Home-Spencer. Please visit www.lifetributesfuneralhome.com to share thoughts and condolences.
To plant a tree in memory of Darlene Dommer, please visit Tribute Store
Services for Darlene Dommer
There are no events scheduled. You can still show your support by planting a tree in memory of Darlene Dommer.
Visit the Tribute Store

Share Your Memory of
Darlene
Upload Your Memory View All Memories
Be the first to upload a memory!
Share A Memory
Plant a Tree