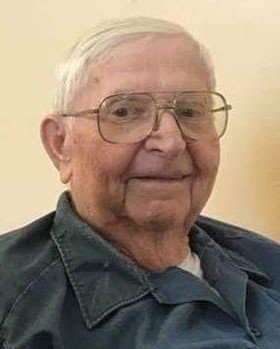 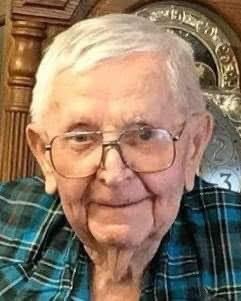 Please share a memory of Donald to include in a keepsake book for family and friends.
View Tribute Book
Donald E. Griepentrog “Donnie” 89, passed away February 19, 2021 at the Marshfield Medical Center surrounded by his family. At Donnie’s request no funeral services will be held, however family and friends are invited to gather at 1PM on Friday, February 26, 2021 at West Spencer Cemetery in the Town of Sherman, Clark County for graveside services along with full military honors conducted by Loyal American Legion Post 175. Donnie was born on December 15, 1931 in Spencer to Fred and Adelheid (Wellman) Griepentrog. He attended Brighton school until the 8th grade at which time he left school to help on the family farm. On November 8,1952 he married Elizabeth (Betty) Wenzel in Spencer. Two weeks after they were married, he was drafted to serve in the Korean war achieving the rank of Corporal before returning home in August of 1954. Donnie worked at various jobs throughout his lifetime, he was a hard worker and often held two jobs at a time. He worked construction, drove milk and gravel truck, delivered the Marshfield News Herald for 23 years, ran his own farm for four years, while also working as a foreman at Land O' Lakes in Spencer retiring in 1993 after 37 ½ years. After his retirement he worked part-time at Jensen Motors in Spencer and also assisted his wife babysitting. He enjoyed taking trips to the casino with family and friends and driving the streets of Spencer in his trusty minivan and later on his motorized scooter. Don is lovingly survived by son Jim Griepentrog (Ronda Hederer) and his children Derek, and Devon (Troy Shull) of Spencer, daughter Jane Krohn of Marshfield and her child Jessica (Dan) Harriman of Strum. daughter Joni (Shane) Karl and their children Elijah and Libby of Marshfield, son Jon (Jodi) Griepentrog of Marshfield and their children Haley (Logan Arndt) Griepentrog of Wausau, Hayley Weister of Eau Claire and Trayton Weister of La Crosse. He is also survived by six great grandchildren, Chase and Skye Shull, Delaney, Karley, and Brody Harriman, and Gage and Leightyn Griepentrog. He is further survived by his sisters-in-law Sally Wenzel of Spencer, Donna Wenzel of Spencer, Lois Wenzel of Stanley and Karen (Ron) Kupfer of Underwood MN and several nieces and nephews. He was predeceased by his parents, his wife Betty on May 29, 2007, half-brother Elmer and his wife Adeline, half-brother Ray (Stub) and his wife Anita, brother Eugene and his wife Bernice, sister Caroline Greenwald and her husband Jim, and his baby brother Bernard. His brothers-in-law Gordon, Fred, Bob and Chuck Wenzel and his grandson Luke Griepentrog. The family would like to thank his caretaker Susan Huber for the excellent care she gave to our Dad, he always looked forward to the days his "Susie" would come. Arrangements are under the care of Life Tributes Funeral Home-Spencer. Visit www.lifetributesfuneralhome.com to share thoughts and condolences.
To send flowers to the family or plant a tree in memory of Donald Griepentrog, please visit Tribute Store
Friday
26
February

Share Your Memory of
Donald
Upload Your Memory View All Memories
Be the first to upload a memory!
Share A Memory
Send Flowers
Plant a Tree