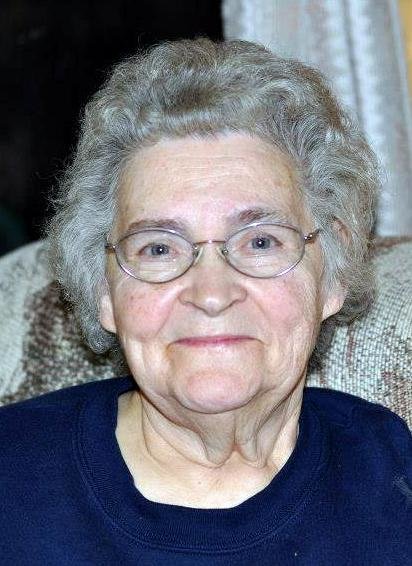 Please share a memory of Joann to include in a keepsake book for family and friends.
View Tribute Book

Age 83, of Marshfield, WI passed away in the early morning hours of Monday, May 17, 2021 at Marshfield Medical Center with her daughter, Linda by her side.

Committal services will be held privately by family.

Joann was born on April 12, 1938 in Milwaukee, WI, the daughter of Emil and Dorothy (Van Pieterson) Kasner: Emil was remarried to Alice Schlegelmilch on April 25, 1943, a wonderful woman who filled the role of mother in Joann’s life. She attended and graduated from Wisconsin Academy in Columbus, WI and went on to attend Andrews University in Berrien Springs, Michigan. On February 24, 1957, she was united in marriage to Robert C. Ruedinger at Bethel Seventh-Day Adventist Church in Arpin, WI. Sadly, Robert passed away on November 7, 2012. Joann was employed in many various positions but remained a caring adult foster care provider for 35 years.

She was a member of Bethel Seventh-Day Adventist Church in Arpin, WI.

Joann was an avid knitter and loved making handy crafts. She also enjoyed cooking and working in her garden. She always said that her children and her grandchildren were everything to her.

Joann is preceded in death by her parents, Emil Kasner and Alice Schlegelmilch; her husband, Robert Ruedinger and her siblings, Gerald Kasner, Roger Kasner, Carl Kasner and Glenda Joch.

In lieu of flowers, the family is accepting memorials in Joann’s name for a charity to be determined.

Joann’s arrangements are under the care of Life Tributes Funeral Home-Spencer. Please visit www.lifetributesfuneralhome.com to share thoughts and condolences.

To plant a beautiful memorial tree in memory of Joann Ruedinger, please visit our Tree Store

Look inside to read what others have shared
Family and friends are coming together online to create a special keepsake. Every memory left on the online obituary will be automatically included in this book.
View Tribute Book
Services for Joann Ruedinger
There are no events scheduled. You can still show your support by planting a tree in memory of Joann Ruedinger.
Plant a tree in memory of Joann

Share Your Memory of
Joann
Upload Your Memory View All Memories
Be the first to upload a memory!
Share A Memory
Plant a Tree