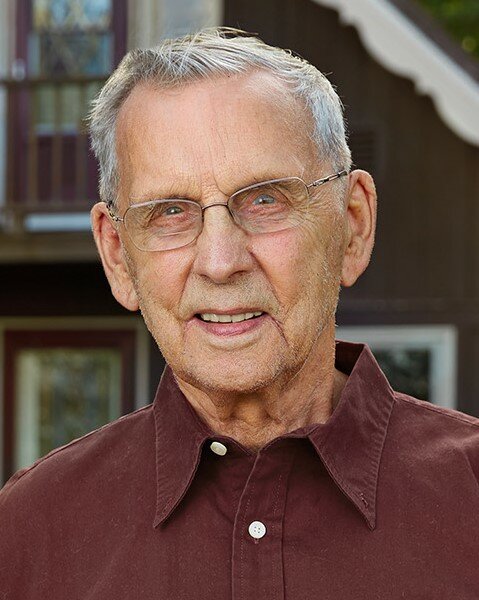 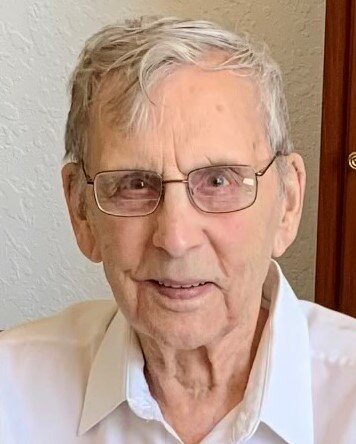 Please share a memory of Charles to include in a keepsake book for family and friends.
View Tribute Book

Age 91, of Marshfield, passed away on Wednesday, August 25, 2021 at Marshfield Medical Center with family at his bedside.

A Mass of Christian Burial will be celebrated at 11 AM on Thursday, September 2, 2021 at St. John the Baptist Catholic Church in Marshfield with Rev. James Weighner officiating. Following the Mass, military honors will be conducted by American Legion Post 54 of Marshfield. Committal services will be held privately at a later date. Family and friends are invited to gather at the church on Thursday from 9:30AM until time of services. The honor of pallbearer belongs to: John Brogan, Nicholas Hefko, Cameron Rehlinger, Shaina Wagner, Brandee Feltz and Megan Johnson.

Charles was born on June 10, 1930 in Rozellville, the son of Henry and Anna (Wunsch) Rehlinger. He graduated from Marshfield Senior High School. Following graduation, he joined the United States Army serving his country during the Korean War. He was united in marriage to Lillian Masanz on September 26, 1951 at St. Patrick’s Catholic Church in Halder. Sadly, she passed away on March 11, 2020. He was employed at the Water & Light Department for the City of Marshfield in various positions for over 38 years.

Charles was a member of St. John the Baptist Catholic Church in Marshfield.

He enjoyed playing cards with family and friends, deer and small game hunting or taking an afternoon to go fishing. He was a big fan of the Green Bay Packers, Milwaukee Brewers and the Milwaukee Bucks. In his younger years, he enjoyed playing on softball and bowling leagues. Chuck shared his musical talent by playing the guitar, the accordion, the violin and the banjo for his family and friends. He had an extraordinary skill for woodworking.

Those that will cherish his memory are his children, Kathleen (Ron) Collins of Vesper, Donna (Loren) Lenius of Arbor Vitae, Judy (Gary) Heil of Stratford, Mary (Tim) Legois of Casco and Patrick (Jericho) Rehlinger of Marshfield; his grandchildren, Jacqueline (Jim) Moore, John (Teresa) Brogan, Nick Hefko, Megan Johnson, Anna (David) Kvam, Kalli Dickman, Cameron (Amber) Rehlinger, Shaina (Kris) Wagner and Brandee (Dustin) Feltz and his 18 great-grandchildren. He is further survived by his sisters, Margaret Weigel of Marshfield, Marilyn (David) Fehrenbach of Marshfield and Darlene (Dick) Lindquist of Newman, GA along with many other relatives and friends.

Charles was preceded in death by his parents, his wife, Lillian, two granddaughters: Carrie Brogan and Krysten Hefko, one great-great granddaughter Isarah Brogan and his brothers: Norman, LaVerne, Sylvester and Brother Mark.

If desired, memorials in Chuck’s name are being accepted by his family for a charity to be determined.

Charles’ arrangements are under the care of Life Tributes Funeral Home-Spencer. Please visit www.lifetributesfuneralhome.com to share thoughts and condolences.

To send flowers to the family or plant a tree in memory of Charles Rehlinger, please visit Tribute Store
Thursday
2
September

Share Your Memory of
Charles
Upload Your Memory View All Memories
Be the first to upload a memory!
Share A Memory
Send Flowers
Plant a Tree