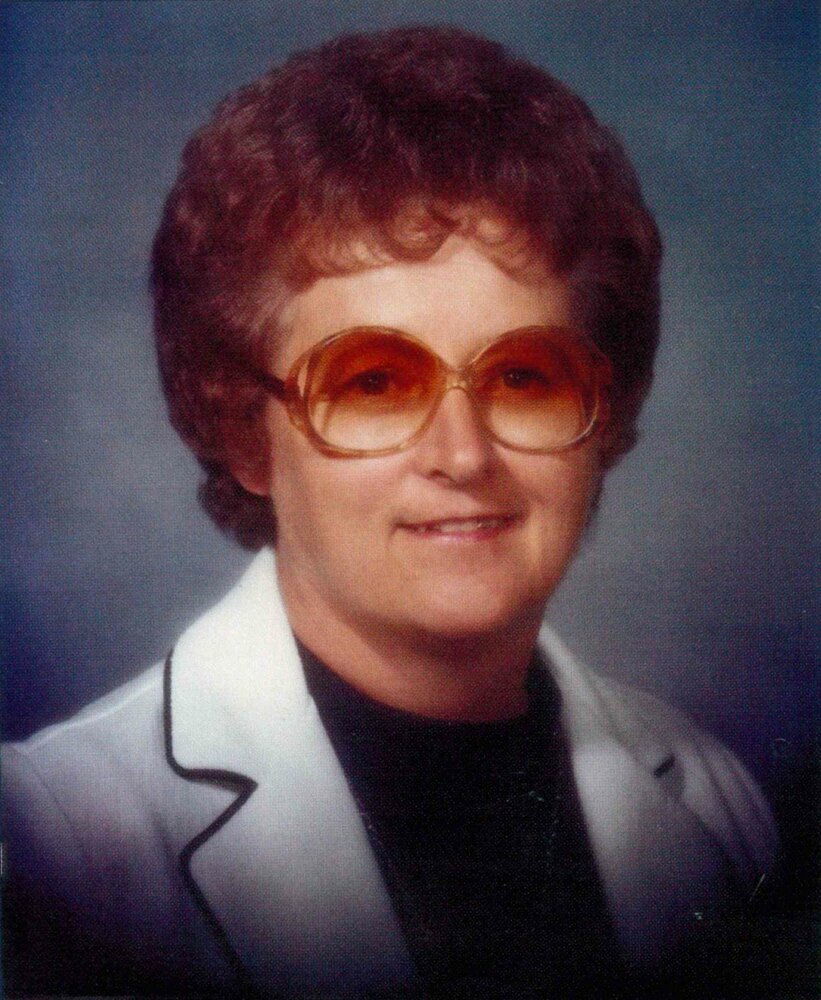 Please share a memory of Vera to include in a keepsake book for family and friends.
View Tribute Book

A Mass of Christian Burial will be celebrated at 11AM on Monday, September 13, 2021 at St. Bernard Catholic Church in Abbotsford with Rev. Tim Oudenhoven officiating. Following the Mass, Vera will be laid to rest in Dorchester Memorial Cemetery. Family and friends are invited to gather at the church on Monday from 9:30 AM until time of services. The honor of pallbearer belongs to her grandchildren and great-grandchildren.

Vera Jane Jensen was born at home on July 11, 1932 in the Town of Mayville, the daughter  of Arthur “Dane” and Margaret “Marge” (Ulrich) Jensen. On July 23, 1950, she was united in marriage to Christ Sittner in Chicago; they divorced a short time later. She moved back home and married Norbert Younker; her high school sweetheart, in Medford on July 14, 1954. They farmed in Dorchester and all the life’s joys and pains that came with that life until Norbert’s death in 1977. She remarried on November 8, 1983 to Donald Thorson in Arkansas. They operated a logging and trucking company in Owen with Vera doing the bookwork, taxes and paying the bills until Don’s retirement in 2008. Vera also worked for her daughter at Courage to Change Recovery as office manager from 1999 until her retirement in 2011.

She graduated from eighth grade in her youth and in 1999 she returned and received her high school diploma. She called home to many area towns at different times while married to Don; to include Jerkwater, Owen, Withee and Dorchester. She was a resident at several assisted living facilities including Pine Ridge-Colby, Home Place-Dorchester and then the Abbotsford Nursing Home for the past six weeks until her peaceful passing.

She loved to attend the Hodag Country Music Festival and find any reason to go dancing. She was gifted with making jellies and jams, along with homemade bread. Vera was a member of various bowling and pool leagues, always looking forward to a game or two or getting together to play cards. She enjoyed the story of the Little Drummer Boy and what the true meaning of the Christmas season was. She was always ready to lend a helping hand to her family or to anyone she met.

She is also survived by two brothers: Bruce (Vera) Jensen of Dorchester, Jack (Tom) Jensen of Glidden and one sister, Sandy Dassow of Dousman as well as many other relatives and friends.

The family would like to express their gratitude for the care and compassion shown to their mother by the staff at Abbotsford Healthcare Center, the staff of Hope Hospice of Medford and all of the individuals responsible for her care.

If desired, memorials in Vera’s name are being accepted by her family for a charity yet to be determined.

Her arrangements are under the care of Life Tributes Funeral Home-Spencer. Please visit www.lifetributesfuneralhome.com to share thoughts and condolences.

To send flowers to the family or plant a tree in memory of Vera Thorson, please visit Tribute Store
Monday
13
September

Share Your Memory of
Vera
Upload Your Memory View All Memories
Be the first to upload a memory!
Share A Memory
Send Flowers
Plant a Tree