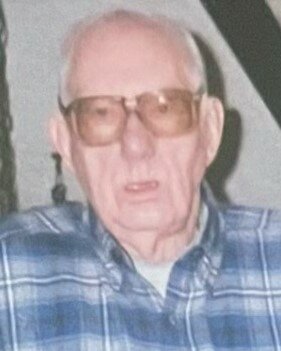 Please share a memory of Herbert to include in a keepsake book for family and friends.
View Tribute Book

Age 86, of Chili, passed away in the evening hours of Sunday, September 19, 2021 at Aspirus Riverview Hospital in Wisconsin Rapids.

A Funeral Service will be held at 11 AM on Saturday, September 25, 2021 at Life Tributes Funeral Home in Spencer with Dale Mishleau officiating. Family and friends are invited to gather at the funeral home on Saturday from 10 AM until time of services. Herbert will be laid to rest in Babcock Cemetery following the funeral service.

Herbert was born on February 5, 1935 in Wauwatosa to Evelyn Babcock. He attended Beloit Seventh Day Adventist School. He joined the United States Army in 1955. On March 1, 1958, he was united in marriage to Karen Ludeman in Dubuque, Iowa. Sadly, Karen passed away on November 6, 2012.

Cars and car repair was a great hobby for Herbert that kept him busy; he liked to tinker with cars. He also enjoyed watching the news and predicting the weather.

Herbert is survived by his five children; his seven grandchildren and his five great-grandchildren. He is further survived by four brothers and one brother-in-law along with many other relatives and friends.

He was preceded in death by his mother, Evelyn; his wife, Karen; his brothers, Jerry Mishleau, Harley Mishleau and Charlie Mishleau; his sister, Ruth Sherman and his sister-in-law, Geraldine Jensen.

Herbert’s arrangements are under the care of Life Tributes Funeral Home-Spencer. Please visit. www.lifetributesfuneralhome.com to share thoughts and condolences.

To send flowers to the family or plant a tree in memory of Herbert Babcock, please visit Tribute Store
Saturday
25
September

Share Your Memory of
Herbert
Upload Your Memory View All Memories
Be the first to upload a memory!
Share A Memory
Send Flowers
Plant a Tree