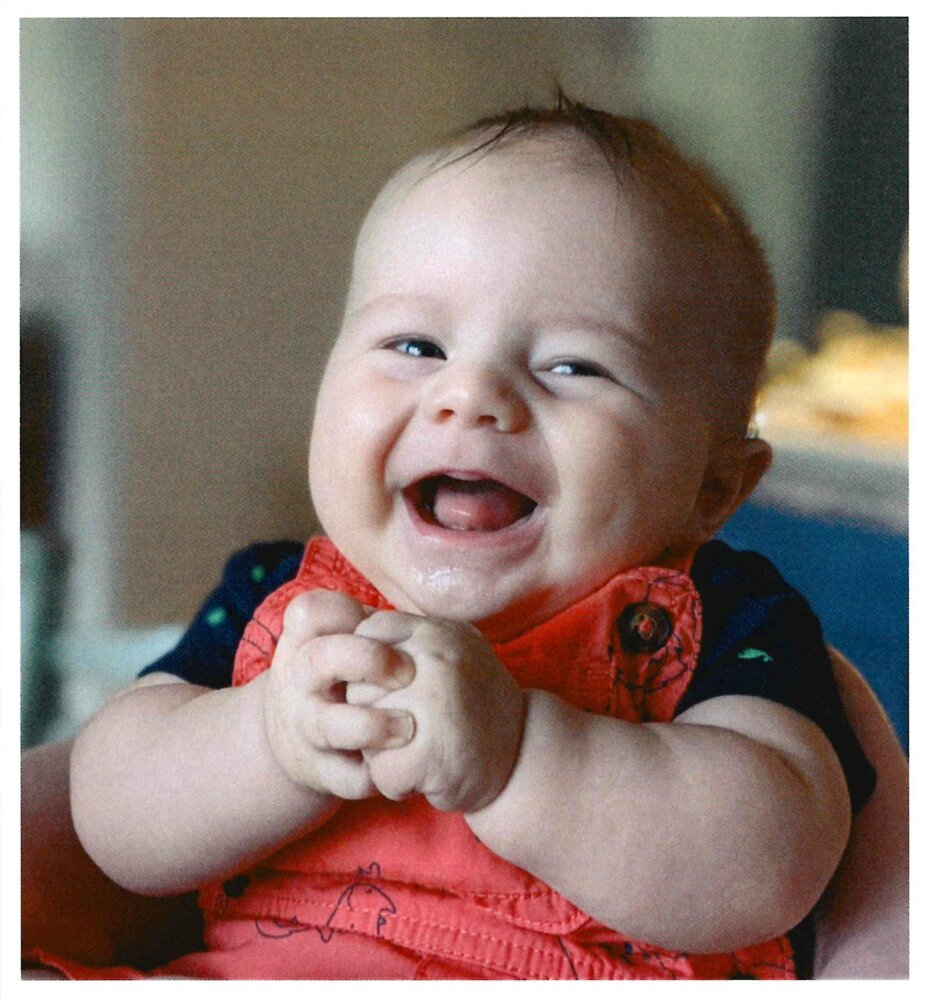 Please share a memory of Wyatt to include in a keepsake book for family and friends.
View Tribute Book

Wyatt Levi Troyer arrived with the early morning light on June 7, 2021. He was cherished immediately by his mom and dad, Jay and Kelsie Troyer, big sisters, Alaina and Lucia, extended family, church family, friends and neighbors. He was gently carried from his quiet bedroom into his eternal home on September 29, 2021, just three and a half short months later.

All who knew Wyatt were charmed by his whimsical smiles. He loved as deeply as a baby can love and cheered many a corner.

We loved him as deeply and strongly as we knew how. He now rests in the perfect love of his heavenly Father.

To plant a beautiful memorial tree in memory of Wyatt Troyer, please visit our Tree Store

Look inside to read what others have shared
Family and friends are coming together online to create a special keepsake. Every memory left on the online obituary will be automatically included in this book.
View Tribute Book
Services for Wyatt Troyer
There are no events scheduled. You can still show your support by planting a tree in memory of Wyatt Troyer.
Plant a tree in memory of Wyatt

Share Your Memory of
Wyatt
Upload Your Memory View All Memories
Be the first to upload a memory!
Share A Memory
Plant a Tree