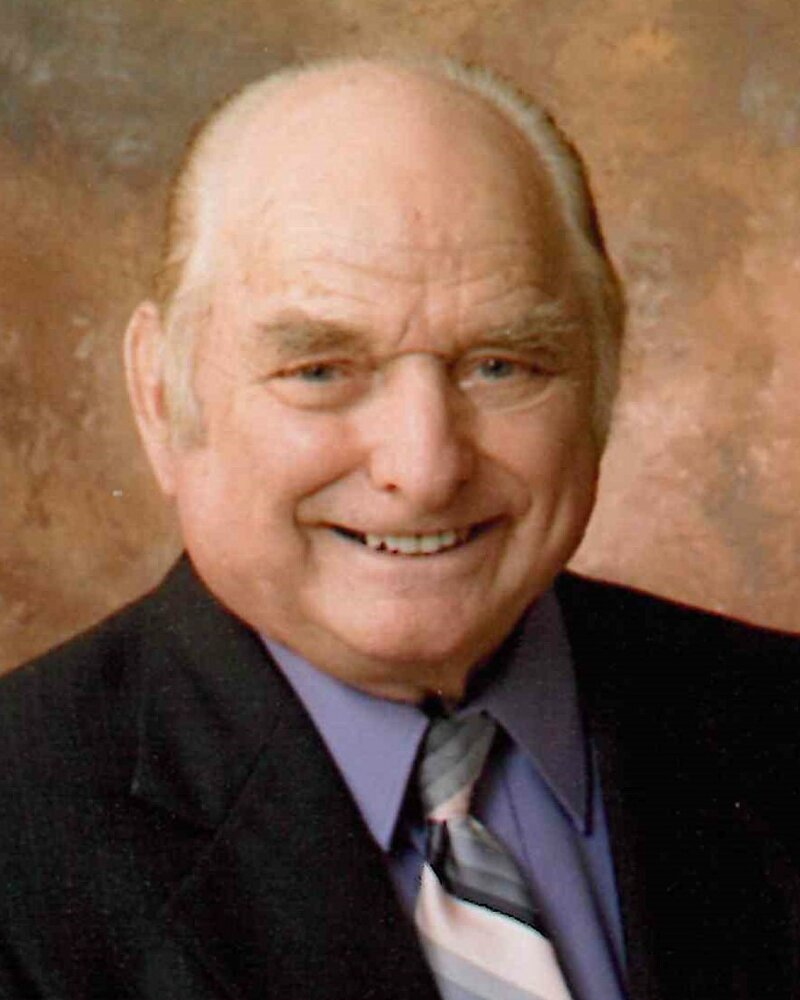 Please share a memory of Leonard to include in a keepsake book for family and friends.
View Tribute Book

Leonard A. Schoenfuss, Stratford, passed away on Wednesday, November 10, 2021, at Three Oaks Health Services in Marshfield.  Heartland Hospice Services provided care for Leonard and his family.

A Mass of Christian Burial will be held at 10:30AM at St. Joseph's Catholic Church in Stratford on Friday, November 19, 2021 with Rev. Sengole Vethanayagam officiating. Family and friends are invited to gather on Friday at the church from 9AM until time of services. Committal services will be held at Restlawn Memorial Park in Wausau. The honor of pallbearer belongs to Randy Kafka, Glenn Kafka, Chris Kafka, Tom Dahl, Josh Loga and Greg Roberts.

He helped his dad on the farm and worked in the woods for the next two winters. After that, he was employed at Roddis Co. in Marshfield for a couple of years before learning the trade of bricklaying.

At age 22, he was united in marriage to Eleanor Kafka on June 23, 1948, at St. Patrick’s Church in Halder. He was a full-time mason for 10 yrs. until they purchased his home place and farmed for the next 25 years. Several years of that time, he also worked as a mason while Eleanor helped run the farm. After the cows were sold in the late 1970’s, they continued to crop farm, and he also worked as a janitor/maintenance person at St. Joseph’s Catholic School in Stratford until his retirement.

Leonard enjoyed bowling for many years in the former Fenwood league. He also was interested in history, reading, spending time with his grandchildren, and also had a hidden artistic talent for drawing.  Most of all, he loved nature, creating rock gardens, planting things & watching them grow.

We would like to thank Kim, Beth & the rest of the Three Oaks staff & a special thank you to Josh and the staff at Heartland Hospice for the quality care they provided.

Leonard’s arrangements are under the care of Life Tributes Funeral Home-Spencer. Please visit www.lifetributesfuneralhome.com to share thoughts and condolences.

To send flowers to the family or plant a tree in memory of Leonard Schoenfuss, please visit Tribute Store
Friday
19
November

Share Your Memory of
Leonard
Upload Your Memory View All Memories
Be the first to upload a memory!
Share A Memory
Send Flowers
Plant a Tree