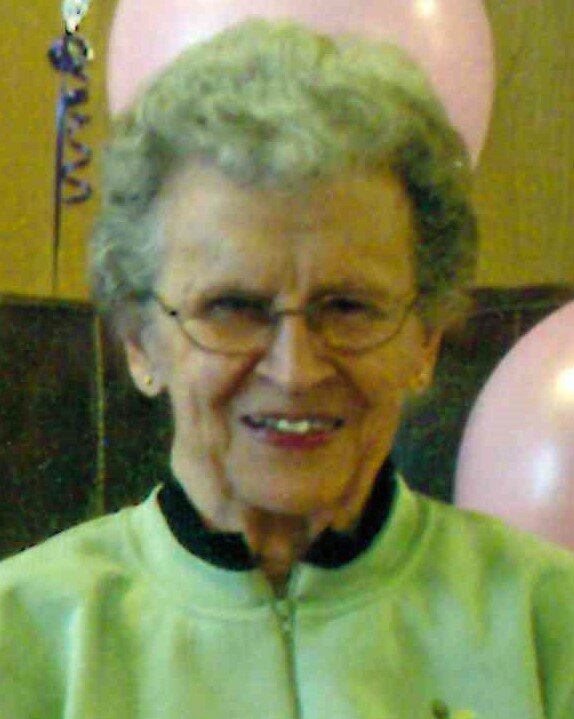 Please share a memory of Margaret to include in a keepsake book for family and friends.
View Tribute Book

Age 96, of Spencer, passed away on Thursday, November 11, 2021 at The Waterford in Colby under the care of Heartland Hospice.

A private memorial service will be held at Life Tributes Funeral Home in Spencer. She will be laid to rest with her husband at Loyal City Cemetery.

Margaret was born on October 27, 1925, to Pauline and A.G. Reineking in Athens, Wisc. She attended elementary school in the Town of Halsey, Marathon County and graduated from Athens High School in 1943. She went on to further her education at Wood County Normal and Stevens Point College. She taught school, did office work, worked in the clinic library and the Spencer State Bank as secretary and Assistant Vice President, retiring in 1987.

Margaret was a member of United Methodist Church in Spencer since 1944. Her hobbies included tending to her gardens, doing picture puzzles, reading and spending time with her family and friends.

Those who will cherish her memory include her daughter, Nancy Siettmann of Milwaukee; her three stepsons, Fred, Douglas and Monte Cox; her five grandchildren: Sara (Aaron) Scott, Matthew Stevens, Lisa (Scot) Smriga, Paul (Erin) Siettmann and Andy (Lisa) Siettmann; her two step granddaughters, Jamie and Jenny Cox; her 11 great-grandchildren and her sister, Helen Krueger of Schofield along with many other relatives and friends.

She was preceded in death by her parents, Adolph and Pauline Reineking; her husband, Fred Cox; her son, Ed Stevens; four brothers, Adolph in infancy, William, John and Richard Reineking and her sister, Pauline Emig.

If desired, memorials are being accepted in Margaret’s name to Spencer United Methodist Church.

Thank you to the care giving staff at The Waterford in Colby and the Heartland Hospice staff.

Margaret’s arrangements are under the care of Life Tributes Funeral Home-Spencer. Please visit www.lifetributesfuneralhome.com to share thoughts and condolences.

To plant a beautiful memorial tree in memory of Margaret Cox, please visit our Tree Store

Look inside to read what others have shared
Family and friends are coming together online to create a special keepsake. Every memory left on the online obituary will be automatically included in this book.
View Tribute Book
Services for Margaret Cox
There are no events scheduled. You can still show your support by planting a tree in memory of Margaret Cox.
Plant a tree in memory of Margaret

Share Your Memory of
Margaret
Upload Your Memory View All Memories
Be the first to upload a memory!
Share A Memory
Plant a Tree