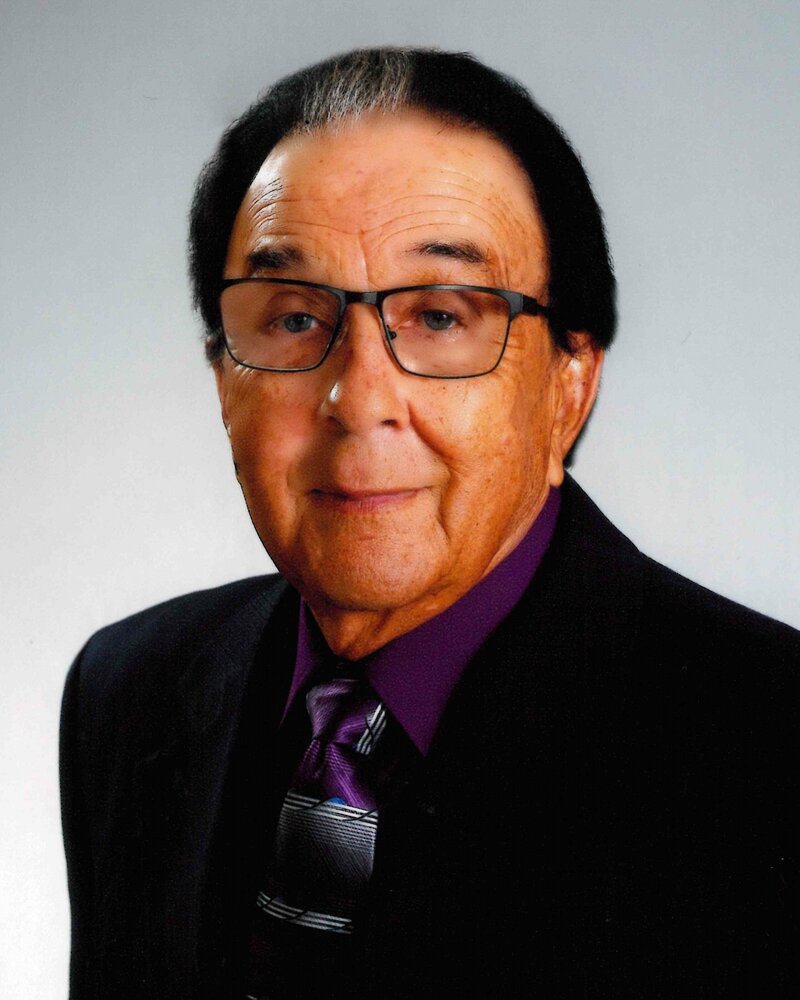 Harold Arthur Boyer, 91, of Unity, passed away on November 16, 2021 at his home under the care of Heartland Hospice.

A Funeral Service will be held at 1 PM on Sunday, December 5, 2021 at St. John’s Lutheran Church in Spencer with Rev. Lowell Bolstad officiating. Visitation will be held on Sunday at the church in Spencer from 11 AM until time of service. Military honors will be conducted by American Legion Post 358 of Unity immediately following the service outside the church. A procession will pass his home and farm on the way to his final resting place in St. John’s Lutheran Cemetery in Riplinger. The honor of pallbearer belongs to Travis Boyer, Kyle Boyer, Trevor Ertl, Nicholas Beck and Shana Weber. Honorary pallbearers will be Brittany Mews, Josh Ertl and Matt Ertl.

Harold was born on April 22, 1930 in Unity, Wisc. to Howard and Fannie (Josephson) Boyer. He was raised on a farm and graduated from Unity High School in 1948. After graduation, he worked at Blum Brothers Box Factory in Marshfield and then as a plumber’s assistant in Illinois. On September 16, 1950, he married Juanita Molle and took over the Molle farm. In February 1952, he was drafted into the United States Army where he was an instructor in the NCO Academy in Germany during the Korean War. In December 1953, he returned to Unity and settled on the Molle farm where he farmed until retirement in 1997. Juanita passed away in 1988. He was blessed with two children.

Harold was re-married in 1994 to Mary Ann (Griesbach/Ertl) and they enjoyed many trips all over the world together. After selling the farm to his stepson, Todd Ertl, he continued to drive tractors, haul calves and do all jobs needed up to his death.

He was a gentle soul who enjoyed nature. He loved farming, hunting, snowmobiling, making wood and watching his deer camera for “big” bucks. Family and faith were so important to him.

Harold is survived by his wife, Mary Ann of Unity; his two children, Pam (Norm) Miller of Suamico and Kevin (Denise) Boyer of Unity; four stepchildren, Steve Ertl of Marshfield, Shari (James) Beck of Appleton, Scott (Beth) Ertl of Marshfield and Todd (Jessica) Ertl of Unity; six grandchildren; 14 step grandchildren; 13 great-grandchildren and one step great-grandson along with several nieces and nephews. He is further survived by his brothers-in-law, Don (Cindy) Griesbach and Dick (Jamie) Smith.

The family would like to thank Heartland Hospice Care, especially Miranda, Molly, Dawn and Chris.

In lieu of flowers, a memorial will be established in Harold’s name at a later date.

Harold’s arrangements are under the care of Life Tributes Funeral Home-Spencer. Please visit www.lifetributesfuneralhome.com to share thoughts and condolences.

To send flowers to the family or plant a tree in memory of Harold Boyer, please visit Tribute Store
Sunday
5
December