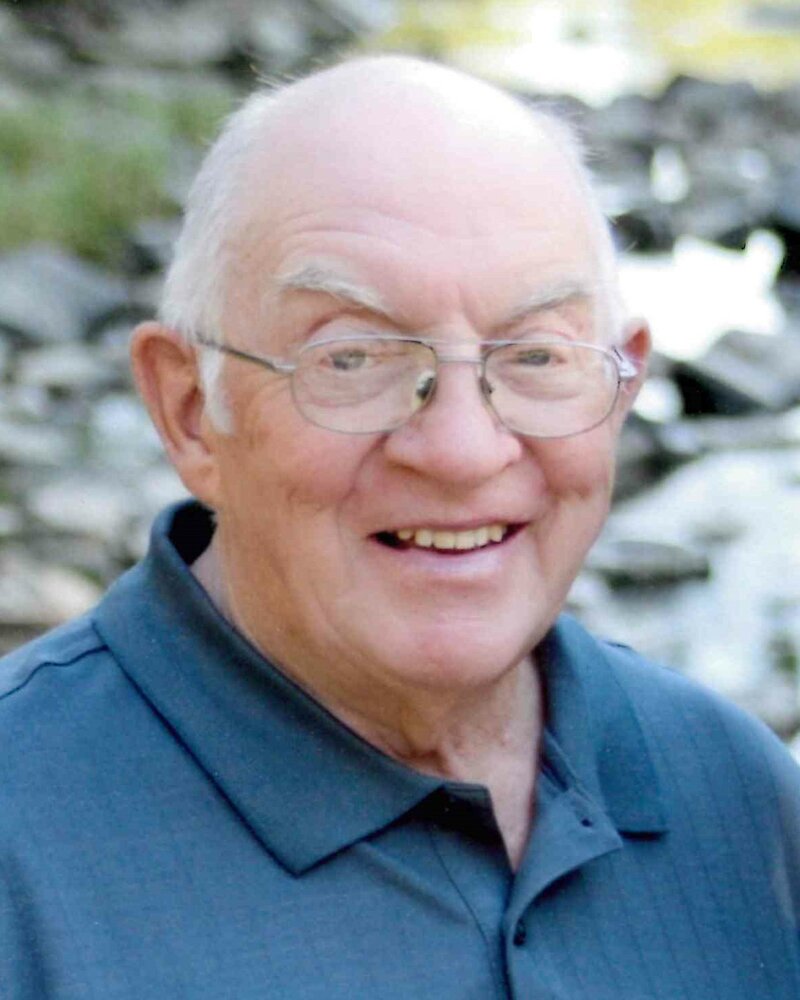 Please share a memory of Richard to include in a keepsake book for family and friends.
View Tribute Book

Richard “Dick” Thomer passed away January 1, 2022 at home surrounded by his loving family. He had been diagnosed with Auto Myelomonocytic Leukemia (AML) the end of May 2021.

A Mass of Christian Burial will be celebrated at 11AM on Saturday, January 8, 2022, at Our Lady of Peace Catholic Church in Marshfield with Rev. Douglas Robertson officiating. Following the Mass, Dick will receive Military Honors conducted by American Legion Post 54 of Marshfield. He will be laid to rest privately in Gate of Heaven Cemetery. Family and friends are invited to gather at the church on Friday, January 7, 2022, from 4:15PM until 7PM and again on Saturday from 9:30AM until time of services. A John Eisen Council of The Knights of Columbus Rosary Service will be held at 4PM at the church with visitation following. The honor of pallbearer belongs to his grandchildren: Jared, Jordan, Xavier, Caleb, Hannah, Abigail, Morgan and Tiffaney.

Dick was born Aug. 16, 1941 in Marshfield to his parents, Robert and Doretta (Wartner) Thomer. He started his education at Riverview, a little one room country school. When he was in third grade, Our Lady of Peace Catholic School opened, so he left the little country school for a much bigger school. He was a 1959 graduate of Columbus High School. Dick, after graduation, started work at The Marshfield Book and Stationery, then went to Rollohome and then the Marshfield News Herald. On Sept. 25, 1965, Dick and Joyce (Mannigel) were united in marriage at Sacred Heart Catholic Church in Marshfield. They celebrated 56 years of marriage this past fall. Right after their wedding, they moved to Green Bay, where Dick worked at the Green Bay Press Gazette. Completing a 4-year apprenticeship becoming a licensed printer.

In 1969, he was offered a job back at the Marshfield News Herald. When Bob Morrow, the production manager retired, Dick became production manager of the paper. He enjoyed 34 years at the paper even though they had lots of deadlines to meet, especially getting the Friday night sports into the Saturday morning paper.

Dick always enjoyed the Central WI State Fair in Marshfield. He was a member of Riverview 4H and showed Brown Swiss cattle. His final year in 4H was a real highlight taking “Best of Show” and “Showmanship”. When his kids joined 4H, Dick got the urge to start exhibiting in open class gardening. Later years, he was superintendent in the open class Plant and Soil Department.

He was a member of Our Lady of Peace Catholic Church and a faithful servant to the church as a Eucharistic Minister, money counter and server for Mass.

After his retirement from the paper in 2003, Dick went into politics serving as a Town of Lincoln Supervisor for 4 years and then Town Chairman for 6 years.

Dick was a member of the Wisconsin National Guards 32nd Infantry (Red Arrow Division) from 1963-1969.

When their family of 5 children were growing up, they did lots of camping including a 1-month camping trip to Alaska. In 2007, they went back a second time with another couple for 6 weeks. They also were lucky enough to travel through all 50 states. With special friends, Reggie and Donnie Dillinger, they made trips to Germany during Octoberfest, Austria and Hungary. They did several cruises together and in 2019, before the pandemic, they were fortunate enough to go to Italy, touring the Coliseum, Rome, the Vatican, Pompei and Venice.

Dick was a lifetime member of the Knights of Columbus John Eisen Council 1799 and a member of the 4th degree assembly 1219. Dick was Knight of the year 2005, Grand Knight 2007-2009 and a Trustee for 10 years. He always enjoyed helping with the summer steak feeds and playing cards with friends on Men’s night.

He loved all his hobbies which included gardening, feeding and watching his backyard birds, bow deer hunting, fishing, camping with his family and the Marshlander Good Sam camping club, making homemade wine, and playing Sheepshead with the Sunday night group. Dick especially enjoyed cooking chicken over a wood campfire and just spending time with family and friends. He loved being in his truck and plowing snow around all the storage units. When the pandemic started, all the kids and grandkids came to Dick and Joyce’s house with their campers and had family camp in their backyard the last 2 summers. They had a surprise 80th birthday party for him last summer. In his spare time, he helped at Life Tributes Funeral Home in Spencer. His oldest grandson, Jared, was recently married on Dec. 4th and that was his goal to make it to the wedding  and he did and had a wonderful time. His next biggest goal was to have family Christmas this year at their house, and he did, and it was the best Christmas ever.

For his wife and children, Dick will be remembered as a loving and gentle soul, someone full of love and kindness, a mentor and a teacher of all things good. He will be greatly missed

Dick was preceded in death by his parents, Robert and Doretta Thomer and a brother in infancy; his mother and father-in-law, Wally and Milly Mannigel; sisters-in-law, Shirley Zoellner, Rita Wilke and Marie Weber; Goddaughter and niece, Christine (Mannigel) Brickheimer and nephew, Shawn Weber.

The family would like to thank Dr. Yeboah and Julie, the chemotherapy staff, the 8th floor infusion center staff and the St. Croix Hospice care staff for taking such great care of my husband and our dad.

Also, a big thank you for all the numerous calls and cards from many family members and friends.

If desired, the Thomer Family is accepting memorials in Dick’s name to be directed to the foundation that helped him during his illness: The HealthWell Foundation.

Dick’s arrangements are under the care of Life Tributes Funeral Home-Spencer. Please visit www.lifetributesfuneralhome.com to share thoughts and condolences.

To send flowers to the family or plant a tree in memory of Richard Thomer, please visit Tribute Store
Friday
7
January

John Eisen Council of The Knights of Columbus Rosary Service

Share Your Memory of
Richard
Upload Your Memory View All Memories
Be the first to upload a memory!
Share A Memory
Send Flowers
Plant a Tree