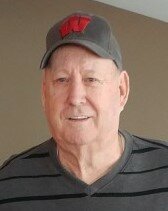 Please share a memory of Terry to include in a keepsake book for family and friends.
View Tribute Book

A Celebration of Terry’s Life will be held by family at a later date.

Terry was born on January 25, 1948 in Marshfield; the son of Verlyn and Anita (Hoeft) Jantz. He graduated from Auburndale High School. Terry served two years with distinction in the United States Army as an Armor Reconnaissance Specialist (IID) and was a combat veteran of the Vietnam War, where he served two tours of duty from April 1968 to April 1969. Terry earned several medals during the war, including the Bronze Star Medal, the Vietnam Service Medal with one bronze service star, the Vietnam Campaign Medal with 60 devise and also earned the Combat Infantryman’s Badge.

Terry had many types of jobs throughout his life up until he was able to enjoy his retirement.

He enjoyed shooting on pool league with his pool buddies. He loved to go camping and cheer on his grandson during baseball and basketball games. He spent a lot of time helping his kids with house projects on which they were working. He also enjoyed just going for a daily drive and especially loved to spend time with his family.

Terry is survived by his sons: Steve (Lori Dunaway) Jantz, Mike (Sheila) Jantz and Mark (Becky Raschke) Jantz; his daughter: Kim (Shawn) Balz; his granddaughters: Ashley and Hanna Jantz; his grandson: Cayden Jantz; his sisters: Betty (Serhan) Demirkan of Florida and Carol Schonfeldt and his nieces, nephews and other family and friends.

He was preceded in death by his parents, Verlyn and Anita Jantz and his son, Patrick Jantz.

Terry’s arrangements are under the care of Life Tributes Funeral Home-Spencer. Please visit www.lifetributesfuneralhome.com to share thoughts and condolences.

To plant a beautiful memorial tree in memory of Terry Jantz, please visit our Tree Store

Look inside to read what others have shared
Family and friends are coming together online to create a special keepsake. Every memory left on the online obituary will be automatically included in this book.
View Tribute Book
Services for Terry Jantz
There are no events scheduled. You can still show your support by planting a tree in memory of Terry Jantz.
Plant a tree in memory of Terry

Share Your Memory of
Terry
Upload Your Memory View All Memories
Be the first to upload a memory!
Share A Memory
Plant a Tree