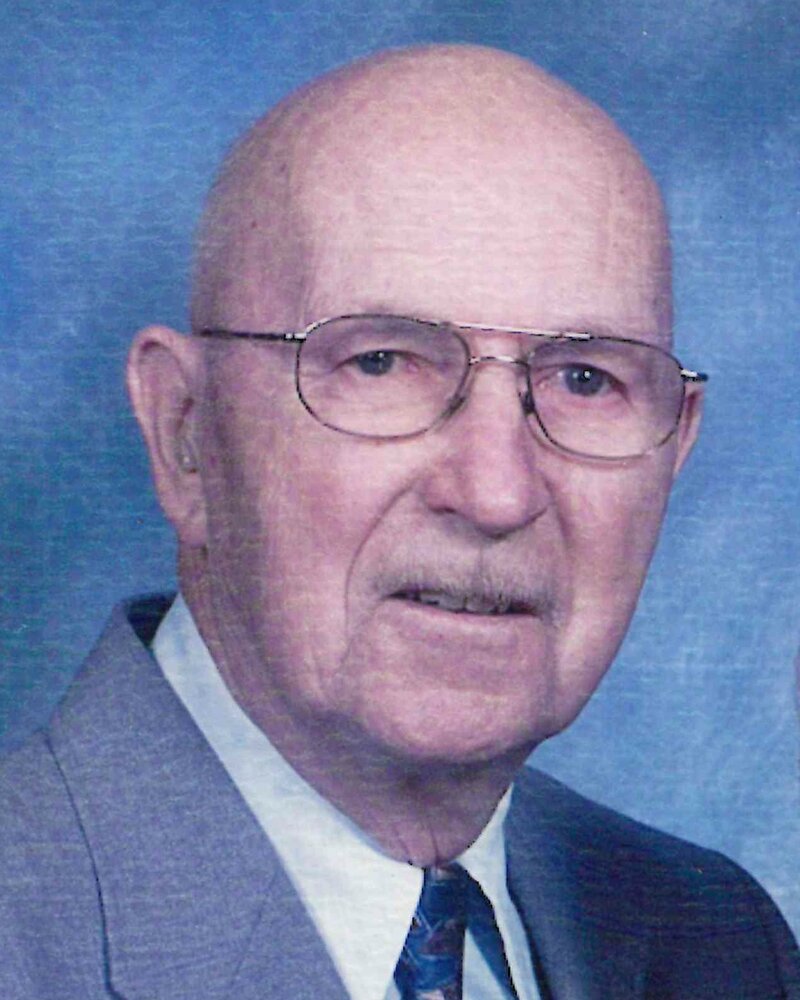 Please share a memory of Earl to include in a keepsake book for family and friends.
View Tribute Book

Earl R. Schiszik, age 97, of Curtiss passed away on Wednesday, January 12, 2022, at The Waterford Assisted Living in Colby under the tender care of the dedicated staff from Heartland Hospice.

A Funeral Service will be held at 11AM on Saturday, January 22, 2022, at St. Paul’s Lutheran Church in Curtiss with Rev. Ken Schmidt officiating. Following the service, Earl will be laid to rest in St. Paul’s Norwegian Lutheran Cemetery in rural Curtiss with full military honors. Family and friends are welcome to gather at the church on Saturday from 9AM until time of service. The honor of pallbearer belongs to his grandsons: Mike Schiszik, Ryan Schiszik, Kris Schiszik, Ryan Griepentrog, Craig Kallenbach, and dear friend, Randy Kaiser.

Earl was born on August 17, 1924 in Curtiss, WI, the son of Felix and Ida (Borgemoen) Schiszik. He graduated from Owen High School and later obtaining his certificate in welding. He was inducted into the United States Army in November of 1944 during World War II serving his country in the 27th Infantry Division, “G” Company. until his honorable discharge. After re-enlisting in the U.S. Army, Earl was stationed overseas during Occupied Japan Operations assigned to a Military Police Unit. Once again, he was honorably discharged from the Army in April 1946.

On June 24, 1950, he was united in marriage to Iris Johnson at Evangelical Lutheran Church in Curtiss. Sadly, she passed away June 27, 2018. Together Earl and his wife Iris had been married for 68 years. Earl and Iris enjoyed farming with their children near Curtiss for over 20 years, after which he worked at several manufacturing facilities until his retirement.

He was a dedicated and faithful member of St. Paul’s Lutheran Church also serving as caretaker and sexton for St. Paul’s Norwegian Lutheran Cemetery. He also served as clerk and treasurer for the Township of Hoard.

His hobbies included tending to his garden; creating intricate pieces with his woodworking and going camping with his wife all across this country. He enjoyed watching his grandchildren’s sporting events and games. Earl was always willing to help those in need, whether it was family or stranger, it didn’t matter, to Earl it was just the right thing to do.

He was preceded in death by his parents, Felix and Ida Schiszik; his wife, Iris; one grandson, Corey; one great-grandson, Jacob and his brothers, Raymond, Allen, Norman, Lynal, DeLos and Victor in infancy.

In lieu of flowers, memorials in Earl’s name can be directed to St. Paul’s Lutheran Church in Curtiss.

The family of Earl Schiszik extend their heartfelt gratitude to the staff of Heartland Hospice and The Waterford for the compassion and care shown to their father and grandfather. It is greatly appreciated.

Earl’s arrangements are under the care of Life Tributes Funeral Home-Spencer. Please visit www.lifetributesfuneralhome.com to share thoughts and condolences.

To send flowers to the family or plant a tree in memory of Earl Schiszik, please visit Tribute Store
Saturday
22
January

Share Your Memory of
Earl
Upload Your Memory View All Memories
Be the first to upload a memory!
Share A Memory
Send Flowers
Plant a Tree