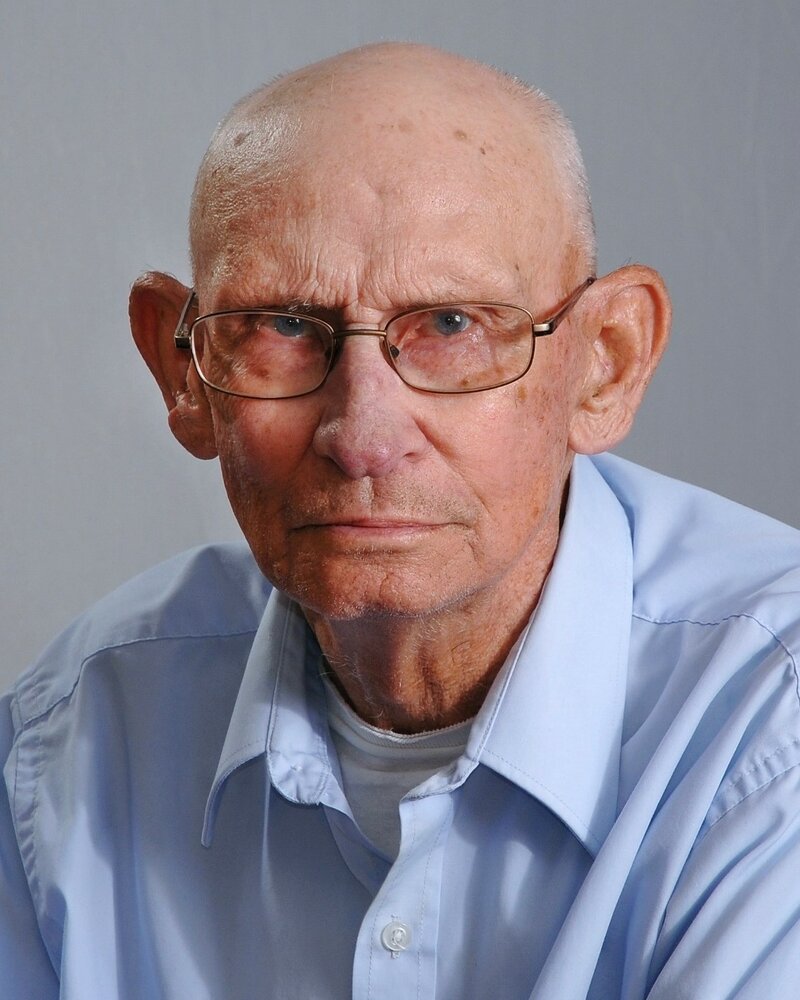 A Mass of Christian Burial will be celebrated at 11AM on Friday, February 11, 2022 at Christ the King Catholic Church in Spencer. Rev. Barry Saylor will officiate. Committal services will take place in West Spencer Cemetery in the Town of Sherman. Following the committal service, The American Legion Post 175, Loyal WI, will conduct military honors for their fallen comrade. Family and friends are invited to gather on Friday at the church in Spencer from 9AM until the time of service. The honor of pallbearer belongs to: Jordan Wentzel, Randal Wentzel, Darien Hendrix and Grace Sobotka.

Clifford Wentzel was born on April 19th, 1934 to Earl and Naomi (Kurtzwiel) Wentzel in March Rapids WI. The family relocated to the Curtis area where he attended school at Cloverdale, Atwood and Colby High. In 1953, Clifford met Patricia Stuttgen whom he later married on September 26th, 1956 at St. Mary’s Catholic Church in Colby. They were happily married for 60 years, raising a family of seven children on dairy farms in Riplinger and Loyal before retiring in Spencer in 1994.

Clifford proudly served in the US Army in small weapons infantry and was stationed in Fort Hood, TX and Ferris Barracks in Erlanger Germany. After serving in the military, Clifford fulfilled his dream of becoming a dairy farmer, which he continued to enjoy for the next 34 years.

Clifford and his wife were avid travelers, visiting all 50 states and numerous countries. He was passionate about working with his farm animals and he enjoyed playing Chinese checkers, woodworking, Friday night fish fries, Westerns and fishing.

Clifford was a loving father, husband, grandfather and friend. He and Pat opened their home to over 40 foster children throughout the years. He volunteered at the Marathon County Health Care Center and was a devoted member of Christ the King Catholic Church in Spencer.

Clifford was preceded in death by his loving wife, Patricia, his parents, Earl and Naomi Wentzel, a son-in-law, Steven Avila, a sister/brother-in-law Vivian (Harry) Mengel, a brother, Lavern Wentzel and a brother-in-law, Kermit Lang.

The family would like to thank the nursing staff at St Croix Hospice for their assistance through this difficult time.

Arrangements are under the care of Life Tributes Funeral Home in Spencer. Please visit www.lifetributesfuneralhome.com to share thoughts and condolences.

To send flowers to the family or plant a tree in memory of Clifford Wentzel, please visit Tribute Store
Friday
11
February

Share Your Memory of
Clifford
Upload Your Memory View All Memories
Be the first to upload a memory!
Share A Memory
Send Flowers
Plant a Tree