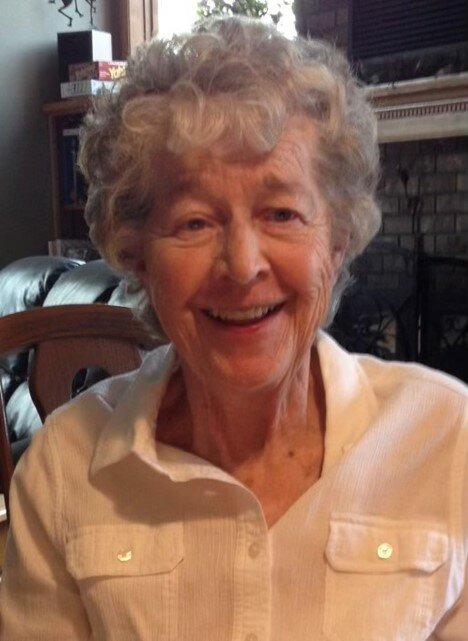 Please share a memory of Lorraine to include in a keepsake book for family and friends.
View Tribute Book

Lorraine Ethel Emanuel passed away peacefully on February 17th, 2022, in Marshfield, Wisconsin.  The family will have a private memorial at a later date. Lorrie was preceded in death by her husband, Dr. Dean Emanuel, and her parents, William and Martha Blank. She is survived by her four children: Julie Emanuel of Pittsburgh, Pennsylvania, Dr. Peter (Carla) Emanuel of Little Rock, Arkansas, Lisa (Dean) Berres of Marshfield and Jeff (Christine) Emanuel of Myrtle Beach, South Carolina, as well as by eight grandchildren and two great-grandchildren.

“Lorrie” was born on August 9, 1927. She had five siblings and was raised on a farm near Mauston, Wisconsin and graduated from Mauston High School. She went on to obtain her nursing degree in Eau Claire, Wisconsin and was in the Cadet Nurse Corp at Luther Hospital in Eau Claire. While working at Luther Hospital she met Dean and they were married in Augusta, Wisconsin in a double wedding with Dean’s sister, Judy (a fellow nurse), and William Young. During Dean’s residency training years Lorrie worked as a neurosurgical scrub nurse at the University of Wisconsin in Madison. Following the completion of Dean’s training, Lorrie retired from full-time nursing, though she continued later in life to serve as a volunteer nurse doing missionary work on St. Lucia Island.

Lorrie and Dean moved to Marshfield in 1958 and became lifelong residents of Central Wisconsin. They lived on Apple Street in Marshfield until the 1980s when they built a home on Cary Bluff. They enjoyed “their piece of heaven” on Cary Bluff until late in life when they moved to Aster Assisted Living in Marshfield. In addition to numerous trips, the family also enjoyed time at a cottage on Lake Arbutus in Hatfield, Wisconsin, along with Judy and Bill Young and their family who also had a cottage there.

Lorrie volunteered in a multitude of different ways throughout her adult life. She was active with Cub Scouts and Girl Scouts while her children were growing up. For many years she served with Partners at St. Joseph’s Hospital teaching pediatric orientation. She also served for many years as a home Hospice volunteer. She also had many volunteer roles at Faith Lutheran Church in Marshfield as well as belonging to the Marshfield chapter of the P.E.O. Sisterhood.

The family would like to extend their sincerely deep appreciation to Lorrie’s caregivers, Lianying Schneider and Rhonda and Jason Wilcox, for going above and beyond their caregiver jobs. Because of their faithful and loyal care, Lorrie had many years of extended quality of life.

In lieu of flowers, memorials can be given to Heartland Hospice care.

Lorrie’s arrangements are under the care of Life Tributes Funeral Home-Spencer. Please visit www.lifetributesfuneralhome.com to share thoughts and condolences.

To plant a beautiful memorial tree in memory of Lorraine Emanuel, please visit our Tree Store

Look inside to read what others have shared
Family and friends are coming together online to create a special keepsake. Every memory left on the online obituary will be automatically included in this book.
View Tribute Book
Services for Lorraine Emanuel
There are no events scheduled. You can still show your support by planting a tree in memory of Lorraine Emanuel.
Plant a tree in memory of Lorraine

Share Your Memory of
Lorraine
Upload Your Memory View All Memories
Be the first to upload a memory!
Share A Memory
Plant a Tree