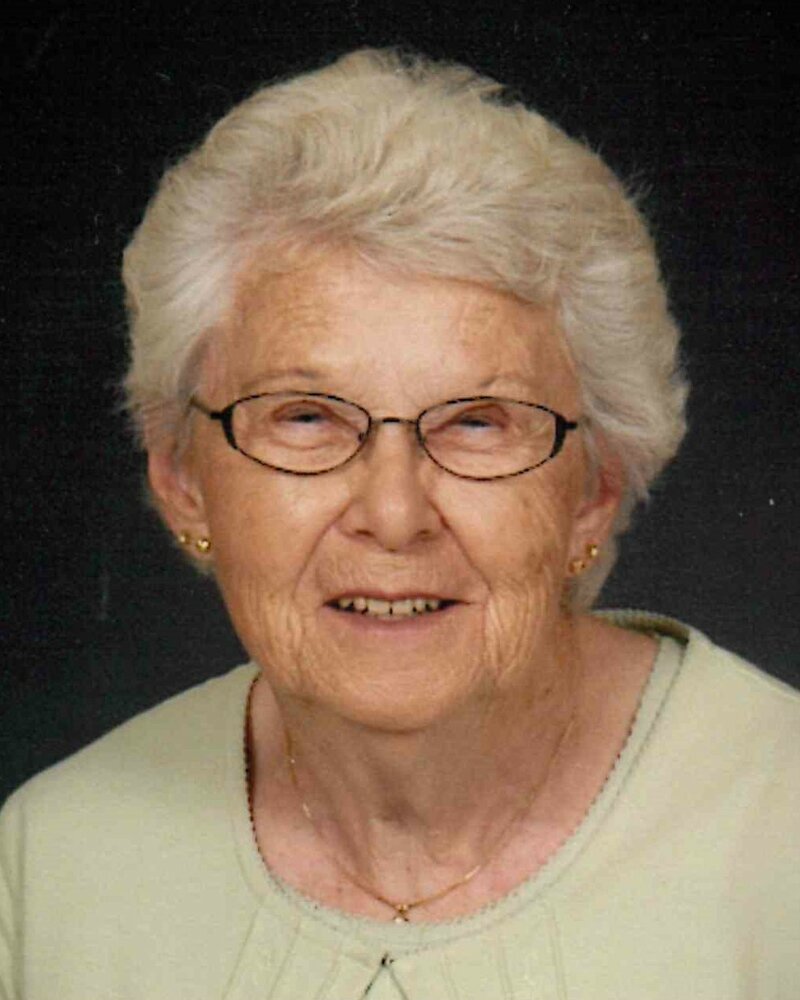 Age 95, of Marshfield and formerly Milladore, passed away peacefully on Wednesday, April 6, 2022, at Marshfield Medical Center surrounded with the love of her family.

A Mass of Christian Burial will be held at 11AM on Monday, April 18, 2022, at Saint Wenceslaus Catholic Church in Milladore with Rev. Nathan Packi and  Rev. Barry Saylor officiating. Following the Mass, she will be laid to rest in the parish cemetery. Family and friends are invited to gather at the church on Monday from 9AM until time of service. The honor of pallbearer belongs to: Daryl Ertl, Nancy Ertl, Mary Schmidt and Mark Weber.

Ruth was born on July 9, 1926, in Marshfield, the daughter of Joseph and Katherine (Besl) Ertl. She graduated from St. Mary’s Grade School in Bakerville, Wisconsin and later earned her GED. On November 21, 1944, she was united in marriage to Ervin Haumschild at St. John’s Catholic Church in Marshfield. She was employed as a unit clerk at the former Saint Joseph’s Hospital for 17 years before retiring in 1987. She later worked part time in Ginseng Gardens. She was a member of St. Wenceslaus Catholic Church in Milladore as well as a member of the Altar Society which later became the Saint Wenceslaus PCCW.

Ruth loved doing anything outside, especially spending time in her gardens. She always said, “put me outside with a hoe and I’m happy.”

Ruth’s greatest love was her family. She shared her love, support and her renowned sticky buns with her children, grandchildren and great grandchildren. All who loved her dearly will never forget her wit, her willingness to lend a hand and her undying love.

Ruth was preceded in death by her parents, Joseph and Katherine Ertl; her husband, Ervin Haumschild in 2014; four sisters, Barbara, Hattie, Marge and Ann and three brothers, William, Joseph and John.

The family would like to thank the staff of the 4th floor palliative care team of Marshfield Medical Center for their care and compassion while our Mom was there.

In lieu of flowers, the Haumschild family is accepting memorials in Ruth’s name for a charity to be determined.

Ruth’s arrangements are under the care of Life Tributes Funeral Home-Spencer. Please visit http://www.lifetributesfuneralhome.com to share thoughts and condolences.

To send flowers to the family or plant a tree in memory of Ruth Haumschild, please visit Tribute Store
Monday
18
April

Share Your Memory of
Ruth
Upload Your Memory View All Memories
Be the first to upload a memory!
Share A Memory
Send Flowers
Plant a Tree