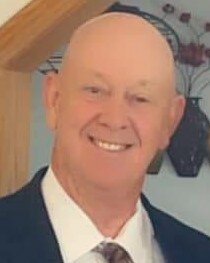 Alan L. “Al” Larocque, age 64, residing in the Town of Sherman, passed away at home on Tuesday, May 24, 2022, surrounded by his loving family and friends.

A Funeral Service will be held at 11 AM on Wednesday, June 1, 2022 at Trinity Lutheran Church in Spencer with Rev. Kevin Hoogland officiating. Committal services will be held privately at a later date. Family and friends are invited to gather for a visitation at Life Tributes Funeral Home in Spencer on Tuesday, May 31, 2022 from 5 PM until 7 PM and again at the church on Wednesday from 10 AM until time of service. The honor of pallbearer belongs to: John Endries, Brad Juhlke, Kyle Juhlke, Ryan Day, Brad Shinkle, Joshua Edwards. His honorary pallbearers will be his Godchildren: Kelly Uhlig and Adam Shelley.

Alan was born on October 2, 1957, in Marshfield; son of Aurele Larocque and Shirley (Dawson) Rose. He was a 1975 graduate of Abbotsford High School. Alan has a daughter, DeAnne Marie, born on February 4, 1976. He later married Jodi Kutil Steger on October 20, 2001 at Trinity Lutheran Church in Spencer. When Alan and Jodi were united in marriage, Alan gained two sons, Ben and Matt and Jodi gained a daughter, DeAnne. Together, they raised their family united as one.

He was a member of Trinity Lutheran Church in Spencer.

Al was hardworking, giving and kind to all that knew him. He was a provider for his family and a “being there” type person for his friends and family. He was employed at Liberty Homes in Dorchester for 22 years and at Counter-Form LLC in Marshfield for 19 ½ years. When it came to construction or mechanics, he was a jack of all trades. He painted and fixed up many cars over the years. He enjoyed many outdoor activities such as: camping, boating, and fishing in Phillips and many snowmobiling trips were made. He looked forward to being in the woods with his crossbow during deer season. He also enjoyed playing cards with family and friends, especially “Sheepshead”.

Those who will cherish his memory include his wife, Jodi; his daughter, DeAnne (fiancé, Troy Jensen); his sons, Ben (Anna) Kutil and Matt (Bridget) Kutil; his grandchildren, Austin (fiancé Jayme Rongstad), Jordan Day and Emma Kutil; his mother, Shirley Rose; and his father-in-law, Clarence Steger. He is further survived by his siblings, Linda (Carl) Hardrath, Sandi (Jim) Chingway, Cindy (Kirk) Erikson, Cheryl Edwards, Susie (Kevin) Shelley, Jesse Larocque and Jeremy Larocque; his in-laws, Gail and Mark Juhlke, Luann Steger and Judy and Mark Westberg; his many nieces and nephews, other relatives and countless friends. Al is further survived by his little pug companions: Millie and Ruby.

Special Nightingales that helped care for Al in his final days: Stacey, Lindsey, Courtnie, Jen and Gail. We are forever grateful.

Al and Jodi celebrated their 20th wedding anniversary with a trip to Jamaica with family and friends in January. We are so thankful we had this time to enjoy and celebrate. Thank you DeAnne, Troy, Jordan, Jayme, Austin, John, Stacey, Gail, Megan, Angie and Josh for the great memories.

Thank you to Dr. Leon, Rachel, Dr. Karim, Jaimie, Teams on 6 & 8 North as well as Marshfield Medical Center Oncology Department and to the staff at Heartland Hospice; Miranda, Lizzy, Ruth, Josh and Jenny.

In lieu of flowers, the family is accepting memorials in Al’s name for a special remembrance to honor him.

Al’s arrangements are under the care of Life Tributes Funeral Home-Spencer. Please visit www.lifetributesfuneralhome.com to share thoughts and condolences.

To send flowers to the family or plant a tree in memory of Alan Larocque, please visit Tribute Store
Tuesday
31
May

His honorary pallbearers will be his Godchildren: Kelly Uhlig and Adam Shelley.

Share Your Memory of
Alan
Upload Your Memory View All Memories
Be the first to upload a memory!
Share A Memory
Send Flowers
Plant a Tree