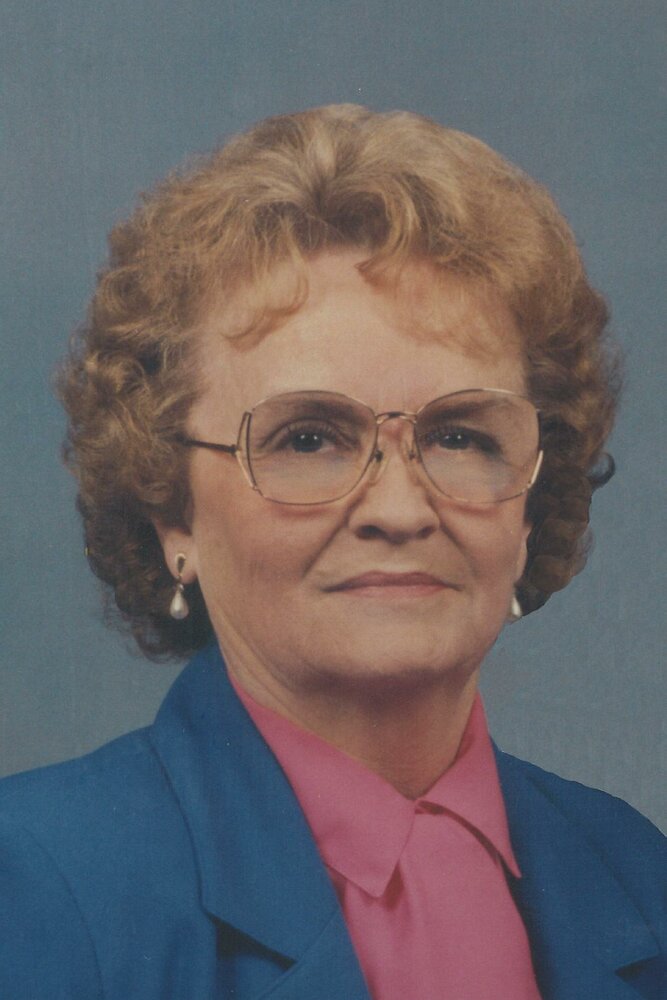 Please share a memory of Dorothy to include in a keepsake book for family and friends.
View Tribute Book

Age 94, of Colby, formerly a long-time resident of Unity, passed away on Thursday, June 30, 2022, at Colby Senior Care in Colby.

Her funeral service will be held at 2:00pm on Tuesday, July 5, 2022, at First United Church of Christ in Colby with Pastor Teri Hanson officiating.  She will be laid to rest next to her husband in St. John’s Lutheran Cemetery in Riplinger. Family and friends are invited to gather on Tuesday at the church in Colby 12noon until time of service.  The honor of pallbearer belongs to her grandsons.

Dorothy was born November 3, 1927 in Merrill, to Alfred and Mae (Severt) Kanneberg.  She attended school in Merrill, later moving to Loyal, where she graduated from Loyal High School in 1945.  After graduation she married Henry Olson. Dorothy and Henry had two sons and three daughters during their marriage. He died in a car/train accident on November 2, 1951 in Marshfield. In 1955 Dorothy was united in marriage to Duane Neuman and they farmed in the Township of Unity for a number of years.  For several years Dorothy was employed at Spencer State Bank in Spencer.  In 1969 they owned and operated Duane’s Tech Supply until they retired in 1999, moving to their cabin on Soo Lake in Phillips.

Dorothy and Duane were both involved in the Unity American Legion and American Legion Auxiliary.  From 1976 through 1992 she held various offices which included:  Spirit of ’76 Chairman, Chaplain, Historian, Treasurer, First Vice President, President, Public Relations Committee, and Department Legislative Chairman.

Dorothy’s love of music began with her playing the accordion at the age of 12.  Throughout her high school years in the 1940’s she played and sang in the WLS music shows all around central Wisconsin.  During her years as a 4-H Leader, she enjoyed teaching her daughters to sew, quilt, knit and crochet.  She was an avid deer hunter, shooting a 10 pointer one season and looked forward to hunting each season over the years.

Dorothy was always willing to share her faith through music and often sang and played her accordion on the Medford radio gospel program. During the years between 1953 and 1958 she often sang and played her accordion at the Owen Health Care Center. These were the years her children attended grade school and she played for the school carnival cake walks, the Unity 100 year centennial activities and picnics at the Riplinger Lutheran Church.  She enjoyed playing for birthdays, anniversaries, and family reunions over the years. She was a long-time member of Saint John’s Lutheran Church in Riplinger.

Dorothy was preceded in death by her parents, her first husband Henry, her husband Duane, a son-in-law Thomas Weis, a great granddaughter Heather, a grandson-in-law Ed Ensign and a grandson Shayne Neuman.

To plant a beautiful memorial tree in memory of Dorothy Neuman, please visit our Tree Store

A Memorial Tree was planted for Dorothy
We are deeply sorry for your loss ~ the staff at Life Tributes Funeral Home
Join in honoring their life - plant a memorial tree
Services for Dorothy Neuman
There are no events scheduled. You can still show your support by planting a tree in memory of Dorothy Neuman.
Plant a tree in memory of Dorothy
Print
Online Memory & Photo Sharing Event
Online Event
About this Event

Look inside to read what others have shared
Family and friends are coming together online to create a special keepsake. Every memory left on the online obituary will be automatically included in this book.
View Tribute Book
Share A Memory
Plant a Tree