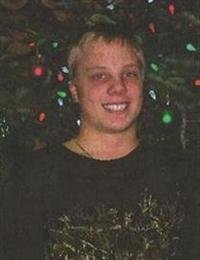 Jacob R. Schilling, Age 15, of Edgar, passed away on Wednesday, February 15, 2012 in the Pediatric Intensive Care Unit at Ministry Saint Joseph’s Hospital in Marshfield A Mass of Christian Burial will be held at 11 AM on Tuesday, February 21, 2012 at St. John’s Catholic Church in Edgar. The Rev. Robert Streveler will preside. Following the services, Jacob will be laid to rest in St. John’s Cemetery in Edgar. A visitation will be held at St. John’s Catholic Church in Edgar on Monday, February 20, 2012 from 4PM to 8PM and on Tuesday at the church from 9AM until time of service. A parish prayer service will be held at 7:30PM on Monday evening at the church. Serving as pallbearers will be Jacob’s buddies: Kyle Schilling, Zack and Nick Allmann, Isaac Dahlke, Lucas Hannemann, Tyler Joanis, Travis Witt and Jonah Lang. The family is being assisted by Life Tributes Funeral Home of Spencer. Jacob was born January 23, 1997 in Wausau, the son of Paul and Heidi (Brehm) Schilling. He attended Edgar Elementary School and was in his freshman year at Edgar High School. His high school activities included being a member of FBLA and FFA, participating in baseball and basketball, and was involved in the youth wrestling club. Sun Drop soda, plain M and M’s and gummy bears were never far away from Jacob, these were his favorites. Jacob was very content to just hang out with all his buddies, perhaps just sittin’ around the campfire. His hobbies included snowmobiling and four-wheeling but probably his greatest passion was hunting. Whether it was going out West to hunt, hunting deer around here or turkey hunting with his uncles, it didn’t matter, Jacob loved all of it. He was a member of St. John’s Catholic Church in Edgar. He is lovingly survived by his parents, Paul and Heidi Schilling of Edgar; one sister Taylor; two brothers Seth and Justin all of Edgar, his maternal grandmother Polly Brehm of Edgar, his paternal grandparents Richard and Diann Schilling of Edgar and his maternal great grandmother Josie Sommer of Edgar. Jacob is further survived by his aunts and uncles and cousins: Doug and Barb Brehm and their children Simon and Everett; Mark and Debbie Schilling and their children Kyle and Katie; Dave and Jenny Schilling and their children Mackenzie and Morgan; Danny and Michelle Murkowski; Ryan and Lisa Schilling and their children Tara and Cole along with many other relatives, classmates and friends. Jacob was preceded in death by maternal grandfather Richard Brehm. A memorial will be established in Jacob’s memory at a later date. Visit www.lifetributesfuneralhome.com to read Jacob’s Life Story and share thoughts and condolences with his family.
To plant a tree in memory of Jacob Schilling, please visit Tribute Store
Plant a Tree
Print