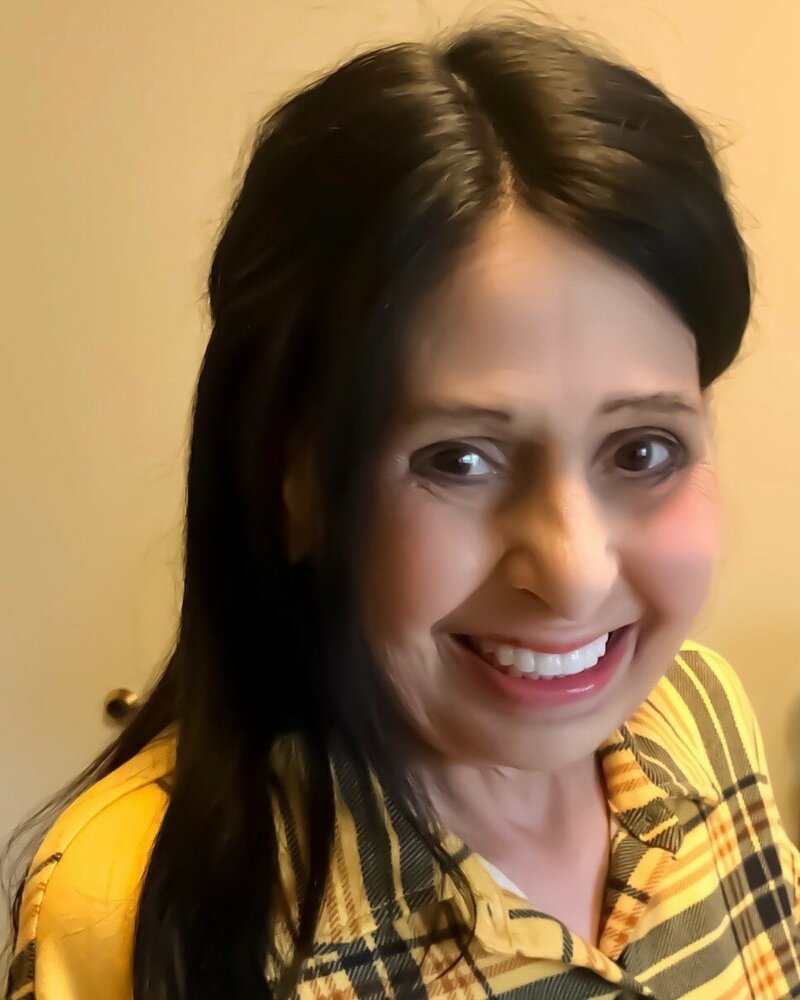 Linda was born July 18th, 1954 to Donald and Gloria Schnitzler in Janesville, WI. Before her first birthday, she and her family moved to Marshfield, returning to the community in which both her paternal and maternal relatives resided. She remained a lifelong resident of Marshfield, attending St. John the Baptist Catholic School and graduating from Marshfield High School in 1972.

As a young woman, Linda found great value and satisfaction in hard work. While in high school, she was employed as a regular babysitter for neighbors and cousins, saving enough money to buy her first 12-string guitar and 1966 Mustang. Her love and talent for music grew as she did while her humbleness prevented her from showcasing her talent to those outside of her home. It did not, however, prevent her from showcasing her love for muscle cars, especially Mustangs, Trans Ams, and her customized Mercury Cougar. High school also allowed her to use her hard work to excel as an artist. Throughout her life, she was able to refine and further develop her skills in pencil, ink, water color, and oil painting with her greatest talents in wildlife realism.

Her dedicated work ethic also shined through in her employment. While still in high school, Linda worked as a nursing assistant in the labor and delivery department of St. Joseph’s Hospital, a job she truly loved, returning to the job on a part-time basis in her 30s. Following high school graduation, she worked at Land O’Lakes in Spencer for more than 20 years leaving in 1995 after being hired by Weyerhaeuser (later Marshfield Door Systems). She left Marshfield Door Systems and St. Joseph’s Hospital in 2004 following a series of strokes that required her to retire early. The friendships that she found in her time of employment were cherished throughout her lifetime.

Linda married Thomas (Tom) LaPointe in 1975. Although the marriage ultimately ended, together as friends they raised two daughters, Kimberly (Daniel) Zimmermann of Stratford and Kelly LaPointe of Richfield, Minnesota. They share five grandchildren, Dylan, Brooke, Jack, and Bethany Zimmermann and Cora Kumaraperu. Additionally, they share two great-grandsons, Brantley and Kolton. Linda was excited to meet her first great-granddaughter who is expected in October.

Linda’s dedication to others shined through as a mother and grandmother. She enjoyed babysitting her grandchildren and great-grandchildren as they grew and attending every sporting event, concert, and play she could. Regardless of outcomes, Linda knew her grandchildren were the most talented among all.

Without the constraints of full-time employment, she was able to enjoy new experiences and adventures with her family. Linda seized every opportunity to check off bucket list experiences. Some examples include hiking at the Cliffs of Moher in Ireland, attending River Dance shows, riding the biggest roller coasters, whale watching, riding a hot air balloon, visiting The Hearst Castle, road tripping up the Pacific Coast, visiting Seattle and Virginia, exploring Williamsburg, enjoying Busch Gardens, and so many, many more. She loved the peace of a pontoon ride on the flowage with her family and watching the pelicans. Through the years, Linda made several trips to different parts of Lake Superior, a place in which she found a deep level of beauty and personal connection.

The reality of her diagnosis failed to hamper her spirit. Instead, it brought the truest parts of Linda to the surface. While many would complain of treatments, symptoms, never-ending blood work, IVs, hospitalizations, and therapies, Linda expressed sincere gratitude. She was thankful for and gracious to each individual who supported her in her journey. Frequently, she acknowledged that the medical community was doing all they could to get her well, and that she needed to do the same. With never-wavering courage, determination, strength, gratitude, grace, optimism, and humor she faced the greatest challenge of her life.

In addition to being survived by her children, son-in-law, grandchildren, and great-grandchildren, Linda is also survived by her mother and seven siblings-Donald “Butch” (Vickie), Douglas (Lorena), Kris (Dick) Niehaus, David (Lisa), Gary (Mari), Jef (Heather), and Rob (Shannon). She is further survived by many nieces and nephews, cousins, and friends. The friendships she formed during her years living at McMillan Court Apartments helped make those years especially happy for her.

She was predeceased by her father; her sister, Lauri Ann, in infancy; and her best friend, Connie Olsen.

The family would like to thank the unrelenting support of Marshfield Medical Center’s Oncology Department, 8 North, and Intensive Care Unit in addition to the staff of Crossroads Care Center in Weyauwega and The Bay at Colonial Manor in Wausau.

At Linda’s wishes, a formal funeral service will not take place. Her daughters will honor her life with a private celebration and spreading of her ashes in the near future.

To plant a beautiful memorial tree in memory of Linda Schnitzler, please visit our Tree Store

Share Your Memory of
Linda
Upload Your Memory View All Memories
Be the first to upload a memory!
Share A Memory
Plant a Tree