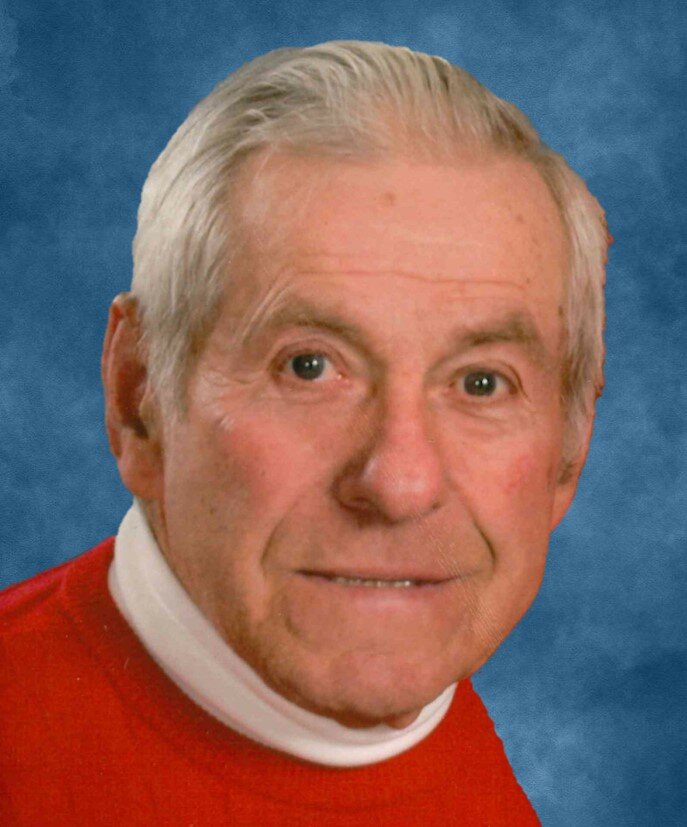 Please share a memory of Robert to include in a keepsake book for family and friends.
View Tribute Book

A Mass of Christian Burial will be celebrated at 11 AM on Tuesday, August 30, 2022 at St. Patrick’s Catholic Church in Halder with Rev. Alan Wierzba officiating. Following services, he will be laid to rest in the parish cemetery with full military honors. Family and friends are invited to gather at the church in Halder beginning at 9 AM until time of services. The honor of pallbearer belongs to Thomas Marver-Benz, Alex and Adam Grunwald and Greg, Joe and Steve Palecek.

Robert was born on March 3, 1934, in Rozellville to Nicholas and Veronica (Bornbach) Benz. He was a graduate of Marshfield Senior High. Upon graduation, Bob enlisted in the United States Army and served his country from 1955-1958. On September 5, 1964, he was united in marriage to Cecelia Eberhardy at St. Michael’s Catholic Church in Hewitt, WI. He was employed at the Mosinee Paper Mill.

He was a member of St. Patrick’s Catholic Church in Halder.

Bob enjoyed tapping trees (the old way) and making his delicious maple syrup, spending time working in his garden or playing Sheepshead with family and friends.

Those who preceded him in death include his daughter Beth Kaiser; his parents, Nicholas and Veronica Benz; his brothers Lester and Frank Benz; his sister Phyllis Hildebrant; his parents-in-law, Quintin and Mary Eberhardy; his brothers-in-law, Peter and James; his sister-in-law, Catherine Bonkoski and both his maternal and paternal grandparents.

The family would like to thank Inner Peace Home Care Services for the compassion and care that they provided to Robert in his last few months.

Robert’s arrangements are under the care of Life Tributes Funeral Home-Spencer. To share a memory or offer a condolence, please visit www.lifetributesfuneralhome.com.

To send flowers to the family or plant a tree in memory of Robert Benz, please visit Tribute Store
Tuesday
30
August

Share Your Memory of
Robert
Upload Your Memory View All Memories
Be the first to upload a memory!
Share A Memory
Send Flowers
Plant a Tree