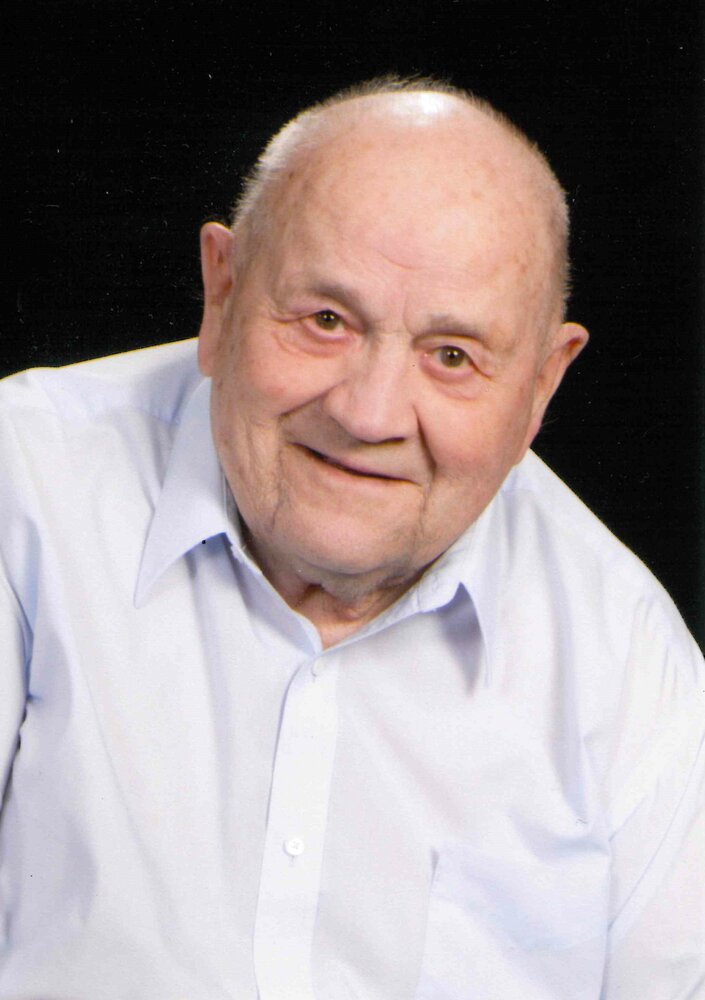 Please share a memory of John to include in a keepsake book for family and friends.
View Tribute Book

A Mass of Christian Burial will be celebrated at 11 AM, on Friday, November 18, 2022 at Our Lady of Peace Catholic Church in Marshfield with Rev. Douglas Robertson officiating. Committal services will be held privately by family at a later date. Family and friends are invited to gather at the church on Friday from 10 AM until time of services.

John was born on May 8, 1927 in Edgar, WI to Anton and Agnes Joswiak. He graduated from Edgar High School in 1945. Shortly before graduation, John enlisted in the Navy during World War II. Upon returning from the war, he enrolled in what is now known as University of WI-Stevens Point, graduating with a bachelor’s degree in Conservation and a minor in Mathematics.

Early in 1954, John was set up on a blind date with Ruth Gronert, a young nurse living in Wausau, WI. After being married in Niagara, WI on Nov. 27th, 1954, they established a home in Woodruff, WI where John was employed by the Wisconsin Conservation Dept., now named the WI DNR. He worked for over 37 years as a fisheries technician, winning the top technician award in the state.

John and Ruth were married for 68 years and loved raising their four children on Lake Tomahawk, where they had their home.

John was the Boy Scoutmaster for Woodruff Troop 564 for a number of years, going on to hold District Scouting positions for many years after his scoutmaster days, eventually being awarded the Boy Scout Silver Beaver Award, the highest award given for distinguished service in a scouting career.

John was also a proud Navy WWII Veteran and was an active member of American Legion Post 318 in Lake Tomahawk, WI, having participated in color guard and was past president of that post. He and Ruth were actively involved until their move to Marshfield.

Holy Family Catholic Parish in Woodruff, WI was considered their faith home, where John and Ruth were longtime members.

Other survivors include one brother, Raymond (Alvina) Joswiak of Edgar, WI; brother-in-law, Wilbert Bantes of Wausau, WI and many nephews and nieces.

Other family members passing before him include his parents; father and mother-in-law, Fred and Agnes Gronert; brother and sister-in-law, Alfred “Buddy” and Genevieve; sister, Rose Ann Bantes; sister and brother-in-law, Patricia and Charles Schiefelbein and nephew, Michael Joswiak as well as aunts, uncles and cousins.

John’s arrangements are under the care of Life Tributes Funeral Home-Spencer. To share a memory or offer a condolence, please visit www.lifetributesfuneralhome.com.

To send flowers to the family or plant a tree in memory of John Joswiak, please visit Tribute Store
Friday
18
November

Share Your Memory of
John
Upload Your Memory View All Memories
Be the first to upload a memory!
Share A Memory
Send Flowers
Plant a Tree