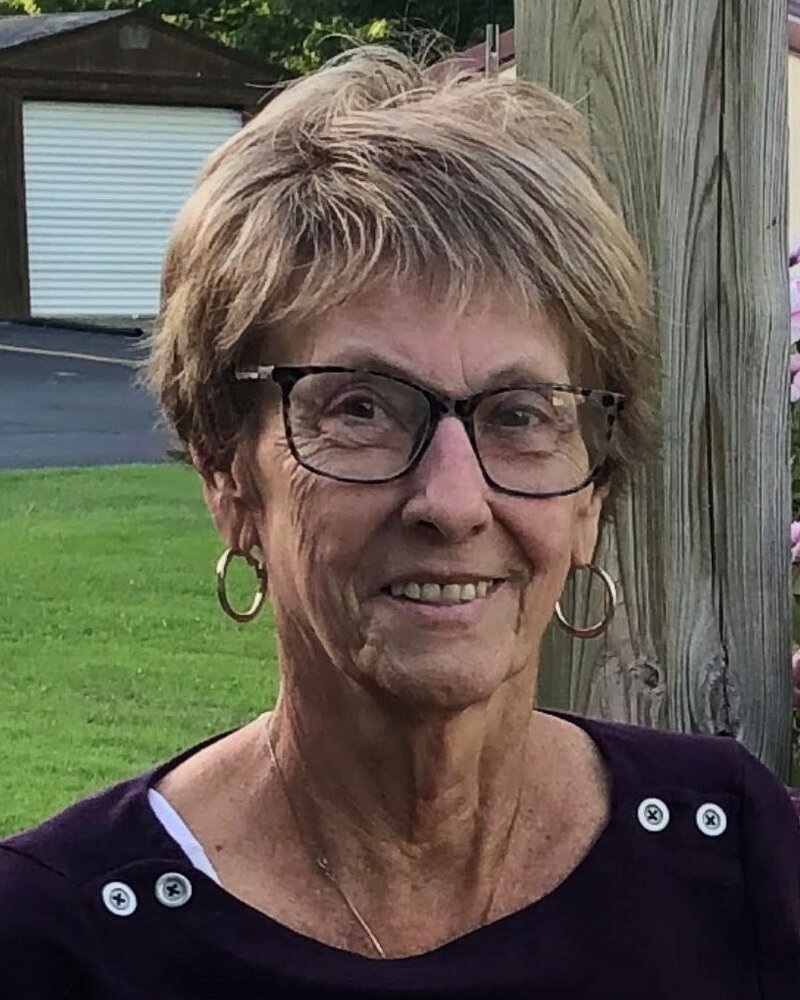 Please share a memory of Shirley to include in a keepsake book for family and friends.
View Tribute Book

of Spencer, passed away at the age of 76 in the early morning hours of Sunday, December 11, 2022, while in hospice care at House of the Dove-Marshfield.

A Mass of Christian Burial will be held at 12:30 PM Thursday, December 15, 2022, at Christ the King Catholic Church in Spencer with Rev. Barry Saylor officiating. Family and friends are invited to gather at the church on Thursday from 10:30 AM until the time of service. She will be laid to rest in Saint Paul’s/Saint Jude’s Catholic Cemetery in Bloomer, WI. The honor of pallbearer belongs to: Tyler Steczynski, Ashley Hoffman, Paige Hildebrandt, Austin Hildebrandt, Aaron Zenner, Nora Zenner, Caden Hildebrandt and Lauren Zenner.

Shirley was born in Bloomer, WI, on September 22, 1946, the daughter of Herbert and Eileen (Reischel) Krueger. She was united in marriage to John Zenner on December 26, 1964, at St. Paul’s Catholic Church in Bloomer. She was employed with the Spencer Public School System for 26 years until her retirement in 2002. She was responsible for overseeing food preparation and served countless school students.

She was a member of Christ the King Catholic Church in Spencer. She was an advisor for the high school cheerleading squad and assistant cross-country coach. Shirley loved to attend all her children’s sporting events, cheering them on and always encouraging every athlete to do their best. Shirley and John spent 17 wonderful years wintering in Fort Myers, FL, where they made many dear friends. She also became a member of the Purple Hat Women’s Club.

Her hobbies included reading, making one-of-a-kind ceramic cheerleader figurines, creating beautiful blankets for her family using a Swedish weaving technique, and making all sorts of crafts. She also loved interior design and decorating to make her home warm and inviting.

She is survived by her loving husband, John Zenner of Spencer; her children, Kelly (Cary) Hildebrandt of Port Edwards, Eric (Vicki) Zenner of Spencer, and John (Diana) Zenner of Marshfield; her grandchildren, Tyler (Danielle) Steczynski, Paige, Austin and Caden Hildebrandt, Ashley (Tanner) Hoffman, Aaron Zenner, and Nora and Lauren Zenner and one great-granddaughter, Jade, along with many other relatives and friends.

Shirley has been reunited in heaven with her father, Herbert Krueger; her mother, Eileen Proue and her stepfather, Eugene Proue.

If desired, memorials in Shirley’s name can be directed to Christ the King Catholic Church or King’s Food Pantry in Spencer.

Shirley’s arrangements are under the care of Life Tributes Funeral Home-Spencer. To share a memory or offer condolences, please visit www.lifetributesfuneralhome.com.

To send flowers to the family or plant a tree in memory of Shirley Zenner, please visit Tribute Store
Thursday
15
December

Share Your Memory of
Shirley
Upload Your Memory View All Memories
Be the first to upload a memory!
Share A Memory
Send Flowers
Plant a Tree