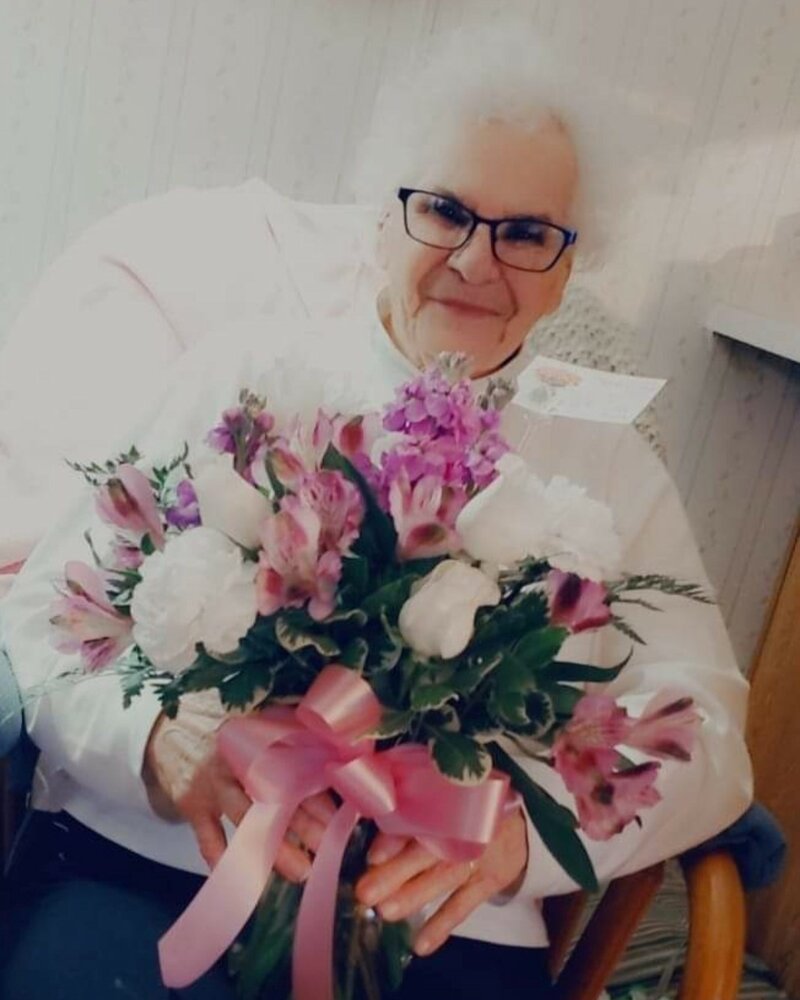 Please share a memory of Mary to include in a keepsake book for family and friends.
View Tribute Book

Passed away peacefully on December 14, 2022, surrounded by loved ones at the Marshfield Medical Center.

Mary was born August 6th, 1937, in Willard Wi, the daughter of Arthur Noah and Anna Sarik. She attended school at Rocky Run. Was united in marriage to Malro Minsaas on January 28th, 1961, at our Saviors Lutheran Church in Greenwood Wi. They had three children and farmed in Greenwood. Malro Passed away suddenly in 1964 from a heart attack. She then met Joe Langhoff in 1970, they lived on a farm together in Unity while raising Mary’s children. They then moved to Spencer where they lived for the remainder of their lives, Joe passed away in 2020. Mary continued to live in Spencer.

Mary enjoyed farming and riding four wheelers, but most of all loved being a mother and Grandma, she cherished every moment spent with her family and especially her grandchildren. She enjoyed going to school and sporting events, she was always their biggest fan. Mary spent a lot of her time caring for children in her neighborhood. Mary also enjoyed playing cards, feeding the birds and squirrels and socializing with neighbors.

She was preceded in death by her parents Arthur and Anna, Husband Malro, Significant Other Joe, Brother’s James (Jimmy), Ronald, Richard, Allen, and Donald Sister Dorothy. Brother in law’s Bud and Gerald, sister in law’s Marge and Betty.

The family would like to send Special thank you to those who cared for Mary and were able to visit in her last days.

No memorial services will be held at this time.

To plant a beautiful memorial tree in memory of Mary Minsaas, please visit our Tree Store

Look inside to read what others have shared
Family and friends are coming together online to create a special keepsake. Every memory left on the online obituary will be automatically included in this book.
View Tribute Book
Services for Mary Minsaas
There are no events scheduled. You can still show your support by planting a tree in memory of Mary Minsaas.
Plant a tree in memory of Mary

Share Your Memory of
Mary
Upload Your Memory View All Memories
Be the first to upload a memory!
Share A Memory
Plant a Tree