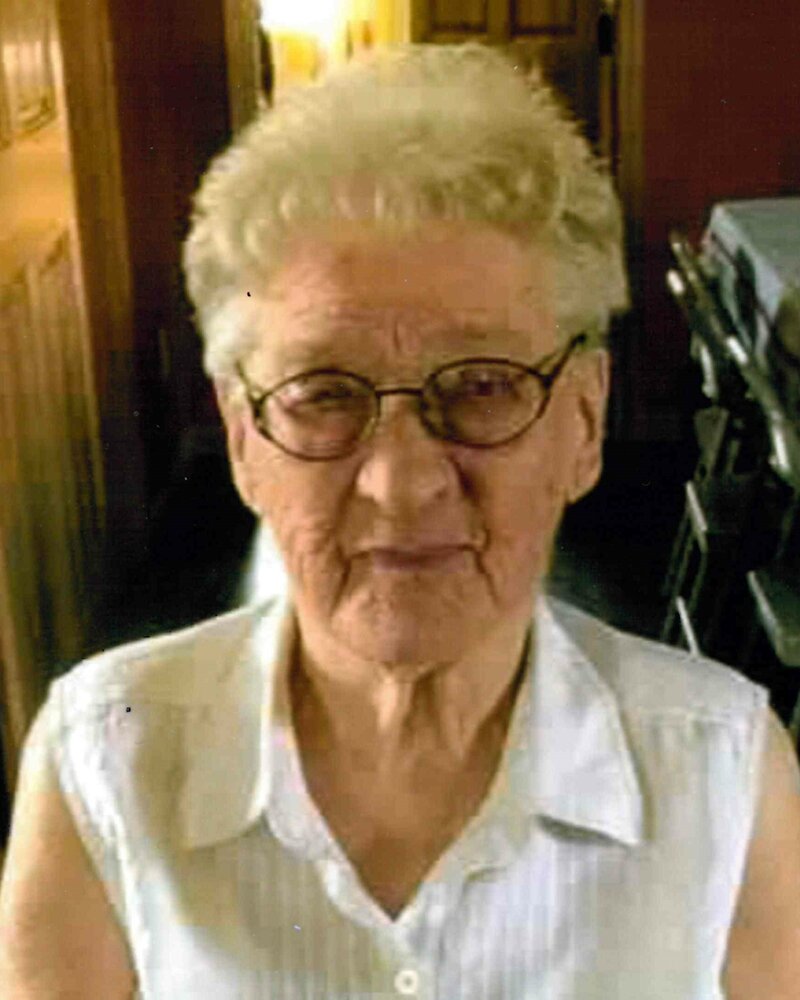 Please share a memory of Roselyn to include in a keepsake book for family and friends.
View Tribute Book

A Mass of Christian Burial will be celebrated at 11 AM on Thursday, January 12, 2023, at St. Mary’s Catholic Church in Auburndale with Rev. Murali Anand Rayappan officiating. She will be laid to rest in the parish cemetery. Family and friends are invited to gather at the church on Thursday for a time of visitation from 9 AM until time of services. The honor of pallbearer belongs to Derek Spatz, Chris Schill, Kyle Spatz, Cody Spatz, Holly Spatz-Kohler and Samuel Spatz. Honorary pallbearers are Mary Lou Herman and Renee Serafin.

Roselyn was born to Richard and Anna (Peterson) Kramer in the Town of Holton, Marathon County on August 25, 1929. She was united in marriage to Charles Spatz on March 2, 1946 at Sacred Heart Catholic Church in Marshfield. He passed away September 8, 1966. Rosie was a dedicated farm wife, mother and homemaker.

She was a member of St. Mary’s Catholic Church in Auburndale.

Rosie enjoyed doing word search puzzles or spending time in her kitchen making homemade delicious cinnamon rolls and baking bread. In the afternoon you might find Rosie watching her favorite soap opera episode of “The Young and the Restless.”

If desired, her family is accepting memorials in Rosie’s name for a charity yet to be determined.

Rosie’s arrangements are under the care of Life Tributes Funeral Home-Spencer. To share a memory or offer a condolence, please visit www.lifetributesfuneralhome.com.

To send flowers to the family or plant a tree in memory of Roselyn Spatz, please visit Tribute Store
Thursday
12
January

Share Your Memory of
Roselyn
Upload Your Memory View All Memories
Be the first to upload a memory!
Share A Memory
Send Flowers
Plant a Tree